Thanksgiving weekend marks the end of November action in the NFL. That means it’s time to ramp up the positive results for the game picks and predictions against the spread.

Week 12 of the 2021 season brings another set of tricky betting lines and odds. There are several tossup games with one team favored only slightly. That blurs the line between against the spread and straight up

But this isn’t dubbed a fearless forecast for nothing. For better or for worse, here’s the latest round of pro pigskin prognostications for another 15-game slate:

NFL POWER RANKINGS:
Cardinals back to No. 1; Chiefs, Patriots rise as Cowboys, Bills fall for Week 12

NFL picks against the spread for Week 12

The Packers lost a wild shootout in Minnesota but still got back to rolling with Aaron Rodgers, Davante Adams in the passing game. In this divisional playoff rematch, they will flex a little more in the running game in Lambeau Field with more of A.J. Dillon filling in for Aaron Jones. After a bye, Sean McVay’s offense will clean up some things, leading to an exciting duel between Rodgers and old NFC North foe Matthew Stafford. Rodgers is just bound to make fewer mistakes at home and exploit the weaknesses around Aaron Donald and Jalen Ramsey better than Stafford does against an overachieving Green Bay defense.

The Bears may need to go back to starting Andy Dalton after rookie first-rounder Justin Fields got knocked out with an injury to his ribs against the Ravens. The Lions may stick with Tim Boyle over Jared Goff, who missed all of Week 11 at the Browns with an oblique injury.

Detroit created some ugly games in Pittsburgh and Cleveland with a run-heavy, gritty defensive approach. But its last two home games against Cincinnati and Philadelphia were disasters. Chicago has good recent history in Ford Field, including two consecutive Thanksgiving game wins.

The Bears are missing key defensive players but still have plenty of offense in this matchup to support Dalton, led by running back David Montgomery and breakout wide receiver Darnell Mooney. The Lions will try to ride D’Andre Swift to victory in the backfield, but their lack of reliable downfield passing game hurts here. Whether it’s Fields or Dalton, the Bears will break out of scoring in the teens and execute enough to delay the end of the Matt Nagy era.

The Raiders are back to fading hard out of the AFC playoff picture. They can no longer run the ball and play adequate defense, which is putting a lot of pressure on Derek Carr in what’s become a compressed passing game again. All those developments are bad for facing the Cowboys. Dallas had the Denver hiccup at home but has otherwise rolled in Jerry World.

The Cowboys’ offense will be without former Raiders wideout Amari Cooper (COVID-19) and likely also new top target CeeDee Lamb (concussion). They were kept out of the end zone in Kansas City last week as both Dak Prescott and the running game struggled. Look for them to go back to basics with the backfield of Ezekiel Elliott and Tony Pollard, with more short-to-intermediate passing and still just enough receiving pop with Michael Gallup and Cedrick Willson.

The Raiders can do some damage with Darren Waller and Hunter Renfrow inside for Carr, but again he’ll be under siege and make critical mistakes as Dan Quinn’s defense schemes to confuse him.

The Bills have lost their way offensively as the big plays downfield have been taken away from Josh Allen and they struggle to support him with a traditional running game. Allen needs. to rely more on his own athleticism to make plays, taking a cue from what Jalen Hurts did against the Saints’ defense. Throwing a lot more to Stefon Diggs and Dawson Knox on short-to-intermediate routes is also a smart, patient game plan.

The Saints are uncertain to have Alvin Kamara (knee) back on a short week after he missed the past two games. The Bills’ run defense should be motivated to show the Jonathan Taylor debacle at home was a fluke. Trevor Siemian should see plenty of pressure and won’t see much open available with his limited receiver and tight end committee.

The Patriots are putting it all together with their defense, special teams, running game and now more from rookie Mac Jones in an efficient downfield passing game. Bill Belchick has been foiled by his former linebacker Mike Vrabel’s team in big spots but Vrabel is dealing with a shorthanded deck, making their once explosive offense easy to defend while they remain a lot of key fundamental holes in the defense. Ryan Tannehill was burned plenty by Belichick in AFC East play and his sudden Henry-less slump doesn’t bode well to put up more points than Jones does.

The Giants are coming off tough Monday night home game vs. the Buccaneers. The Eagles have been red-hot of late, doing damage with Jalen Hurts leading a run-heavy approach. They also have been careful with limited receiving options for Hurts. Danel Jones’ team has been playing spoiler for fringe playoff teams ahead of them, including the Saints, Panthers and Raiders. New York would love nothing more than to burn Philadelphia with Saquon Barkley and a high-percentage passing game from Jones, who makes a few more plays at home to beat Hurts.

The Jets get a break here because the Texans aren’t an effective rushing by committee team away from old Bills rival QB Tyrod Taylor. Even down rookie running back Michael Carter, they have the better collection of versatile playmakers to help whoever’s starting opposite Taylor. Robert Saleh’s defense also packs a little more punch than David Culley’s.

Tom Brady should be comfortable moving the ball on the Colts’ zone defense and should Vita Vea return for the Bucs as expected, they can at least slow down Jonathan Taylor a little with their stout run defense. Brady can turn the game script into negative in a hurry and make Carson Wentz throw often to match, which isn’t ideal for Indianapolis.

The Falcons are a hard team to read from week to week but they are taking a short road trip to Jacksonville on a long week when they will be closer to full strength offensively. Matt Ryan will rebound on the road with help from his diverse weapons while Trevor Lawrence will remain in a funk as his team has no idea how to use his receiving support.

Cam Newton has fit well into the Panthers’ offense playing off Christian McCaffrey. The Dolphins will have no answers for them running CMC often and facilitating Newton again in the red zone. Tua Tagovailoa will keep playing OK but he will get less support from his rushing attack and defense.

Could the Bengals sweep the Steelers in a season? Pittsburgh’s defensive injuries are hard to overcome vs diverse and multiple offenses, something the home team has for sure in Joe Burrow, Joe Mixon and J’Marr Chase. Cincinnati’s defense has some holes but can win the key battle up front to coll down Ben Roethlisberger.

The Chargers have a trap game in the division here after the emotional high of outlasting the Steelers in Week 11. But their body of work is much better than the Broncos, whose only assets are coming off a bye and being at home. Justin Herbert, Austin Ekeler and the rest of the offense is rolling again and Brandon Staley can scheme well to pressure Teddy Bridgewater.

This battle of two explosive and balanced offenses will be fun as Kirk Cousins and Jimmy Garoppolo both stay hot. Between Deebo Samuel, George Kittle, Justin Jefferson and Adam Theilen, the playmaking receivers are aplenty, before getting into the strong zone based running games. The Vikings have figured out how to win close games, but the 49ers just regained their confidence in home games. Offensive-minded Kyle Shanahan outwits defensive-minded Mike Zimmer just enough.

The Browns should get Kareem Hunt back to pair with Nick Chubb and further spark the offense with the ideal run-first approach for Kevin Stefanski. Baker Mayfield got hot around this time last season and will eager to quiet more doubters by playing well in a division game and grinding through his multiple injuries. Lamar Jackson got his illness-based break in Week 11 and turns this an exciting affair that Cleveland needs a little more than Baltimore. The Ravens get the win with more late Jackson heroics, but it doesn’t come easy.

The Seahawks don’t look right offensively with Russell Wilson as they are caught between wanting to be a running team despite no rushing effectiveness and a big-play passing team that doesn’t have a lot of options. The defense has played better of late, but it hasn’t mattered much as the complementary football is way out of whack for Pete Carroll. Ron Rivera’s Football Team is hot with Taylor Heinicke dealing and that happens again here. 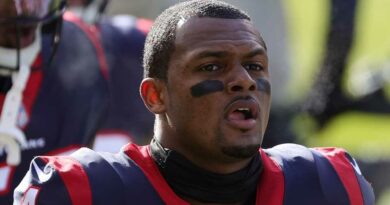 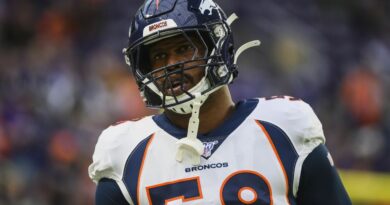 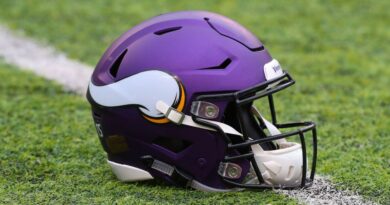