Andrew Beck and Demetric Felton Jr. are no strangers to the unique lifestyle that comes with being part of a military family.

Felton, a running back for the Cleveland Browns, and his family moved multiple times during his upbringing, while Beck, a fullback/tight end for the Denver Broncos, lived in 11 different places before college. The two returned to a familiar surrounding earlier this month as part of the NFL’s partnership with the USO.

Beck — whose father, Christopher Beck, is a general in the U.S. Army — was initially supposed to be part of a USO tour after his rookie NFL season in 2019, but that was ultimately canceled due to the COVID-19 pandemic. When he had an opportunity to join this tour, the first NFL-USO tour since the pandemic forced a pause, he was eager.

Felton, who just concluded his rookie season, echoed that sentiment.

“It meant a lot to me to be part of this tour,” said Felton. His father, Demetric Felton Sr., is a retired lieutenant commander in the U.S. Navy, and his sister, Devonaye Felton, is a private in the U.S. Marine Corps. “I know it can be very hard to move a lot and be far from family. They are sacrificing a lot protecting our country. Being able to visit these families was really on my heart.”

The focus of the trip was to see and learn about an assortment of base activities, including unit visits, K-9 training and one-on-one meetings for mission briefings. The players also spent time with service members and their families. In addition, they connected virtually with service members in Germany and Poland, which was a “humbling experience” for Moore.

“I took away an appreciation for our military because it’s something I didn’t know a lot about before this trip,” Moore added. “I have so much respect for the people who risk their lives to give us our freedom, whether they are in combat or not.”

Perhaps what stood out most to the players was the amount of passion and attention to detail behind every task — much like what goes into any given play during a fall Sunday afternoon. The players and service men and women connected over that commonality.

Beck had another way to relate to the children who attended the football clinic he participated in midway through the week.

“Growing up around the military definitely gives me a unique perspective,” he said. “I remember moving around a lot and, specifically how it relates to football, I thought, ‘How am I going to get recruited?’ My dad was adamant that if I worked hard and did my part, that coaches and scouts would come to me, and thankfully, it worked out. But that’s the message I try to relay to kids, that just because your life might look different because you’re on base or moving around, your dreams are still possible. I was in their shoes.”

Like Beck, Felton and Moore were able to create their own bonds with service members. The Colts’ sixth-year corner formed a friendship with Ricky, a member of the Air Force wearing a Colts hoodie.

“We were just about to leave for the day, and he came out to the van. I could see his excitement, and I wanted him to feel comfortable and show him the love and support he showed me as a Colts fan,” recalled Moore, who gave Ricky his hat and signed a football. “For me, I’m just a small-town kid from Georgia, so I’m not used to people reacting that way when they meet me. It was cool to have that moment with Ricky. We have stayed in touch through social media, and I’m hoping I can get him to a Colts game, so I can show my appreciation, and so he can see the game-day production in person.”

Though the USO tour lasted just several days, it seemed clear the memories and mutual respect shared between players and those on base will last a lifetime. As the players relayed it, it was a unique and eye-opening experience that has forever connected Beck, Felton and Moore to the service men and women and their families living in Alaska.

When reflecting on the trip, Beck summed it up like so:

“Their resilience is unbelievable.” 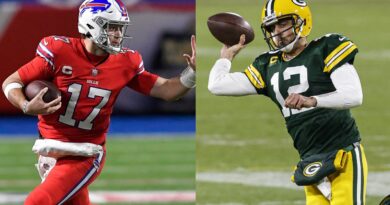