Based on the collective strength of the 15 teams currently in the NFL playoff picture going into Week 17, the 2019 postseason figures to be one of the best and most unpredictable 11-game tournaments the league has seen.

Once a team makes the playoffs, history shows it has as good of a chance to win it all as everyone else — if it can get hot and draw the right matchups at the right time in a high-pressure, one-and-done environment.

Looking at where teams are seeded now and where they might end up for and after Week 17, here’s breaking down the best and worst of these matchups.

Best possible matchup: Patriots. The Ravens had no trouble moving the ball and ripping the reigning AFC champions in the regular season. Their offensive wrinkles around Lamar Jackson neutralize the Patriots’ creative defensive scheming. The Ravens’ defense also is loaded enough to win a lower-scoring rematch.

Worst possible matchup: Chiefs. The Chiefs beat the Ravens in Kansas City. Patrick Mahomes’ off-script playmaking can cause the defense front-end problems, while Tyreek Hill and Travis Kelce can use their speed and athleticism to get open against the Ravens’ secondary.

Best possible matchup: Bills. The Patriots will need to win battles of attrition based on their defensive and special teams strengths. They also lost to the Ravens, Chiefs and Texans, so we have to go with the only other team that’s already in. The familiarity of a division foe also helps their preparation.

Worst possible matchup: Ravens. The Patriots also are familiar with John Harbaugh’s team being a playoff nemesis. The Patriots would need to adjust to try to figure out Jackson, and they simply can’t score enough points with the current state of their offense.

Best possible matchup: Texans. The Chiefs did lose to the Texans at Arrowhead Stadium during the regular season, but Houston has a downfield passing-oriented offense, and Kansas City has had impressive secondary play all season. The Texans would struggle to duplicate their ideal ball-control approach, and they don’t have anyone who can cover Hill or Kelce.

Worst possible matchup: Ravens. These teams present equal nightmares to each other. The Chiefs have a strong secondary and a versatile pass rush that can rev up when needed, but their linebackers are a big weakness, both in stopping the running game and covering backs and tight ends.

Best possible matchup: Bills. The Texans’ defense is a massive weakness in many capacities. They can benefit from an erratic, inexperienced quarterback being on the other side of Deshaun Watson, who can make big plays even when the Bills’ defense takes them away on script.

Worst possible matchup: Ravens. The Texans were blown out in the first meeting in Baltimore. The rematch is bound to be just as ugly.

Best possible matchup: Steelers. The Bills played the Patriots in the regular season but not the Ravens, Chiefs or Texans. They did just beat the Steelers in an ugly defensive game. Buffalo matches up well against Pittsburgh offensively, too, with Allen presenting off-script problems for the Steelers run defense and 3-4 pressure.

Worst possible matchup: Ravens. Welcome to the club, Bills. The Ravens can run all over them with Jackson and Mark Ingram and make the game a nightmare for Josh Allen.

Best possible matchup: Chiefs. Tennessee beat Kansas City earlier this season, and its run-oriented offense can give the Chiefs more problems in a wild-card game. Keep in mind the Titans did go into Arrowhead and win in the playoffs two years ago.

Worst possible matchup: Patriots. The Titans aren’t that complicated to defend once their running game is contained, and rookie A.J. Brown would be locked down by Stephon Gilmore. The Patriots match up well offensively, too, because of their versatile passing game.

Best possible matchup: Ravens. What? Yes. Familiarity helps, and the Steelers did play the Ravens tough in the first meeting. Pittsburgh actually might have the defense built best to slow down Jackson and turn the game into a slugfest. The Steelers likely would need get past the Chiefs on the road to get their shot at the Ravens.

Worst possible matchup: Patriots. We know what happens to Mike Tomlin’s team when it faces Bill Belichick and Tom Brady’s team when Ben Roethlisberger is healthy, so we definitely know what would happen to the Steelers against the Patriots when they are down to a rookie third-string quarterback.

Best possible matchup: Texans. The Raiders had no trouble scoring on the Texans when the teams met in the regular season. They could steal a higher-scoring game in the playoffs, too.

Best possible matchup: Packers. The 49ers had no troubling smashing the Packers in San Francisco. They dictated the action with their versatile offense and were positioned to smash Green Bay’s compressed offense around Aaron Rodgers.

Worst possible matchup: Saints. The 49ers did survive the first game in New Orleans, but the Saints had no trouble moving the ball on their defense. It’s hard to expect the 49ers to consistently explode on offense a second time.

Best possible matchup: Vikings. The Seahawks have played only one game decided by more than one possession all season. That game was against the Vikings at home, where the Seahawks ran all over a tough run defense and won the battles up front on the other side of the ball, too.

Worst possible matchup: Saints. The Saints won in Seattle without Drew Brees. They have a solid run defense even with their injuries and can make big plays when needed against the pass. The Seahawks also don’t match up well with Michael Thomas and/or Jared Cook.

Best possible matchup: Saints. New Orleans isn’t the effective running team it usually is, which gives Green Bay a break. The game would come down to Rodgers vs. Brees, and the leaks in the Saints’ pass defense would make it advantage Packers in a duel of future Hall of Famers.

Worst possible matchup: Seahawks. The Packers struggle with relentless running teams, and Rodgers vs. Russell Wilson conjures up some bad memories of playoffs past. The Packers’ passing game, with little beyond Davante Adams, would give the Seahawks’ pass defense a break.

Best possible matchup: Seahawks. The Saints are the better outdoors and road team with their current make-up. This, of course, would be even better is the rematch is in New Orleans.

Worst possible matchup: 49ers. The Saints did score a ton against the 49ers in the first matchup, but they couldn’t stop Raheem Mostert, Emmanuel Sanders, Deebo Samuel and George Kittle, either. Kyle Shanahan’s scheming experience against New Orleans would remain a big asset.

Best possible matchup: Cowboys. The Vikings lost to the Seahawks and Packers and have yet to play the Saints or 49ers. They did go into Dallas and win on a Sunday night in strong fashion.

Worst possible matchup: Saints. The Saints can control the Vikings’ running game and get after Kirk Cousins. Thomas would be a nightmare cover for their secondary, too. There would be no Minneapolis Miracle this time.

Best possible matchup: Seahawks. The Eagles played the Seahawks tough defensively in the first meeting, and Seattle is starting to look like a weaker team overall because of mounting injuries.

Worst possible matchup: 49ers. The Eagles’ blitzing-dependent defense would be overmatched by the 49ers’ creative offense. Philadelphia’s compressed offense also would be smothered by San Francisco on every level.

Best possible matchup: Seahawks. Seattle won’t be able to pressure Dak Prescott behind his strong offensive line, and it doesn’t have the secondary depth to handle Dallas aggressively throwing downfield to wide receivers and tight ends.

Worst possible matchup: Packers. Rodgers lights up when he sees the Cowboys defense. He has had great success against Dallas both at home and away in the playoffs. 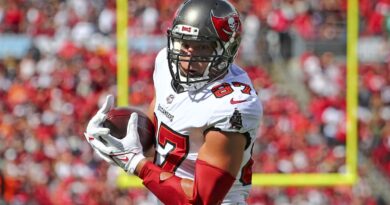