The days between Weeks 8 and 9 mark the midway point of the 2018 NFL season, which is a good time to check on how the NFL playoff picture is looking in advance of the second half of the year.

Here is what the seeding would look like if the playoffs started today, including analysis of where every team stands in the race for the eight division titles and four wild-card berths.

Who would be in:

They’re just a game better than they were at this point last season, which should be a reminder of the offensive slump and subsequent four-game losing streak that cost them a top-two seed and a bye. But with Patrick Mahomes and Kareem Hunt humming along and the defense starting to feed off that energy, the Chiefs are well positioned to avoid a repeat failure.

They need to win in Buffalo on Monday night to stay ahead of the surging Steelers and keep pace with the Chiefs, whom they already beat. Beating the Bills also would allow them to pick up a game on everyone in the East and give them a nice cushion to wrap up a 10th consecutive division title.

Remember all that dysfunction and all those defensive issues? The Steelers have cleaned up nicely and now look like an improved version of last year’s model, with James Conner building on what Le’Veon Bell did on offense. They need to stay on point with a schedule that still has the Panthers, Chargers, Patriots and Saints, sandwiched by rematches with the Ravens and Bengals. Breaking even with Baltimore on the road in Week 9 is critical for Pittsburgh’s division standing.

Houston has buried its 0-3 start and then some with the running game and defense finally taking pressure off Deshaun Watson. Bill O’Brien looks completely off the hot seat and into the catbird’s seat in the South; his Texans face only one team that currently has a winning record — the Redskins, after the Week 10 bye — the rest of the way.

They went into their bye with their only two losses coming to the Chiefs and Rams. They come out of it with a tough road game in Seattle. Trips to Pittsburgh and Kansas City come later, but that’s really about it with truly daunting matchups. The Chargers are good bets to finish in this position.

They almost bungled away a big home lead against the Buccaneers, which would have been disastrous after their losses to the Steelers and Chiefs. The Bengals desperately need a bye to regroup and heal in their defensive back seven. They need to host the Saints, however, in Week 10, and they also have road games coming up against the Ravens, Chargers and Steelers. The Bengals are not looking like a playoff team in the end.

The Ravens’ defensive laurels and offensive efficiency have gone out the window, and they look like they’ll squander another once-strong playoff shot unless they can get going again, starting by beating the Steelers at home in Week 9. The Dolphins are treading water and will soon be displaced as a sinking, non-.500 team.

The Titans and Jaguars have a ton to sort out on both sides of the ball. The Jets and Broncos are scrappy teams with their defenses and run-oriented offenses, but that’s about it. The Colts wish they had that tie with the Texans now, but there’s still time for them to steal the NFL’s weakest division with a favorable remaining schedule that includes five home games.

The Browns have burned out under Hue Jackson, and all signs point to him not surviving the season as coach. The Bills are not getting a good look at Josh Allen now, making their season even more of lost cause. The Raiders should look forward to having the No. 1 overall pick among three first-rounders in the 2019 NFL Draft.

AFTER FURTHER REVIEW:
Biggest takeaways from Week 8 in NFL

Who would be in:

The Rams got their biggest scare of the season against the Packers. A few key injuries have made them more vulnerable, which is bad timing for the road test against the Saints in Week 9. And after the New Orleans game, Seattle and Kansas City will keep things tricky for LA. A postseason bye, let alone home-field advantage, is nowhere close to safe.

The Saints’ loss to the Buccaneers in Week 1 sparked them, and it has paid off, as they now control everything in the race for the NFC’s top seed. New Orleans is also extra motivated not to let up with Carolina right on its heels in the division. The schedule isn’t easy, with the Rams, Bengals, Eagles, Steelers and the two games against the Panthers, but the Saints can beat them all and, eventually, win it all.

They were able to keep their breathing room in the division by taking care of the Giants. Unfortunately, this feels like the Redskins’ ceiling given their ugly result against the Saints. No team boasts an easier schedule, however, so it might come down to the two Eagles games in the NFC East.

They had fun watching the Lions fall, the Packers stumble and the Vikings lose Sunday. It added up to Chicago getting back to first place after its win over the Jets. The Rams are left as their hardest non-division foe by far; then comes the rematch with the Packers and the pair with the Vikings that will determine the division. The Bears’ wild range of seeding outcomes goes from No. 3 to No. 9.

They are quietly getting things done, bouncing back with big wins over the Eagles and Ravens after that Redskins loss. The Steelers on the road in Week 10 and the Seahawks at home in Week 12 are the trickiest games left outside of the division. Inside, it’s the pair with the Saints. Carolina is looking good for a playoff return, still probably as a wild card.

Russell Wilson, the running game and the defense are clicking as playmaking entities at the same time. They found a lot of their former playoff swagger in beating down the Lions after the bye. The schedule ahead is brutal with the Chargers, Rams, Packers, Panthers over the next month, and with the Vikings and Chiefs on the December docket. We’ll know just how good they are in a hurry.

Minnesota and Green Bay have blown a lot of early opportunities, including against each other. It’s also hard to know if Philadelphia is actually back on track. These are the ultimate “wild cards” in chasing a division title or a wild card, as any of them can rise to be a true contender or fall to become the season’s biggest disappointment.

The Falcons and Cowboys are the ones to watch here, because overall, there are too many fundamental issues, especially defensively, with the Bucs and Lions. The Falcons play in the mighty South and also still need to play the Redskins, Ravens and Packers. The Cowboys have the Saints as their one difficult non-East matchup. The Falcons and Cowboys first hope they can make their Week 11 meeting mean something.

The Cardinals dug deep to beat the injury-riddled 49ers and drag them down to the Giants’ level. The 49ers and Giants can decide who is the NFC’s worst when they play each other in Week 10 — on Monday Night Football (why?). 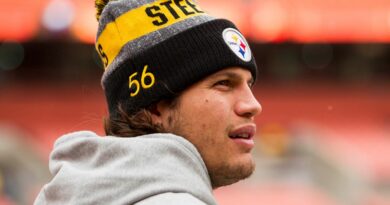 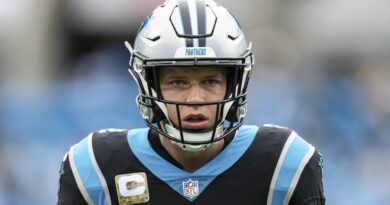