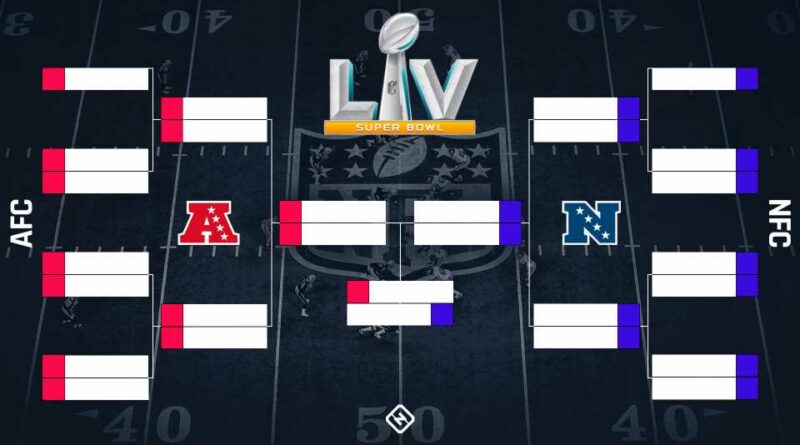 Week 17 is here, marking the end of the 2020 NFL regular season. For some teams, a win means everything in trying to lock down seeding, division titles or wild-card berths to get into the playoffs, while a loss could send them home earlier than expected.

The postseason field has expanded by one team each in the AFC and the NFC to a total of 14, which has made late-season results more interesting. Based on the current standings, here’s an updated look at what each conference tournament would look like if the playoffs started now:

(clinched) 1. Kansas City Chiefs (14-1), champions, AFC West. The Chiefs didn’t get many style points for their gritty win over the Falcons in Week 16, but the victory still secured the top seed and lone first-round bye in the AFC playoffs. They are well positioned as favorites to repeat as Super Bowl champions. They will be resting key players such as QB Patrick Mahomes for Sunday’s meaningless home finale. Remaining schedule: vs. LAC

2. Buffalo Bills (12-3), champions, AFC East. The Bills kept pace with the Steelers in Week 16 and hold this position by a head-to-head tiebreaker in Week 17. They are for now planning to play their key players to make sure they secure the No. 2 seed, which would mean two critical home games in the AFC playoffs before potentially facing the Chiefs in the AFC title game. Remaining schedule: vs. MIA

3. Pittsburgh Steelers (12-3), champions, AFC North. The Steelers needed that big comeback win against the Colts to lock down their division championship an end a three-game losing streak after an 11-0 start. They are taking a different approach than the Bills with No. 2 having no bye with it, as they resting key players such as QB Ben Roethlisberger for the finale. Remaining schedule: at CLE

4. Tennessee Titans (10-5), first place, AFC South. The Titans still hold the division-record tiebreaker over the Colts while having the same overall record after both teams lost in Week 16 — Tennessee at Green Bay and Indianapolis at Pittsburgh. With a win in Week 17, the Titans would keep this seed as South champions. With a loss, the Titans still can win the division with a Colts loss. But if the Titans lose and the Colts win, the Titans would need a loss by the Ravens or Dolphins to get at least wild-card berth for a second consecutive season. Remaining schedule: at HOU

5. Miami Dolphins (10-5), second place, AFC East. The Dolphins jumped up here in Week 16 thanks to the Browns losing and owning the three-way tiebreaker over the Ravens and Browns. They would make the playoffs as a wild card with a win over the Bills. If the Dolphins lose to the Bills, they would need either the Ravens, Browns or Colts to lose to get in. Remaining schedule: at BUF

6. Baltimore Ravens (10-5), second place, AFC North. The Ravens jumped the Browns, too, in Week 16, by virtue of their head-to-head series sweep. The Ravens would be in the playoffs again, this time as a wild card, with a win over the Bengals. If the Ravens lose, they would need either the Browns or the Colts to lose to get in. Remaining schedule: at CIN

7. Cleveland Browns (10-5), third place, AFC North. The Browns could have clinched a playoff spot had they beaten the Jets in Week 16. Instead, they are in a tough position against albeit the resting Steelers at home in Week 17. The Browns would get into the playoffs and end their wild-card drought with a win. If the Browns lose, they can still make it a) if the Colts lose or b) the Titans lose and both the Dolphins and Ravens win. Remaining schedule: vs. PIT

The Colts are not in control of anything anymore in Week 17 and need help to either win the South or earn a wild-card berth. The Colts need to beat the Jaguars and hope either the Titans, Dolphins, Ravens or Browns lose to get into the playoffs.

The Patriots became too inconsistent to get back into the wild-card race and the Week 15 loss at the Dolphins officially eliminated them. The Broncos and Texans are doing better than expected of late, but it’s more thinking about next year for both teams. The Chargers can think about what could have been with all their close losses, despite two recent wins. The Bengals were done when Joe Burrow went down in Week 11. The Jaguars and Jets have completed their battle for the top draft pick; the Jags clinched it in Week 16 with a loss to the Bears and the Jets’ win over the Browns.

1. Green Bay Packers (12-3), champions, NFC North. The Packers still have some work to do to secure home-field advantage in the NFC playoffs and earn that lone first-round bye. If the Packers win, they would be No. 1 no matter what the Saints and Seahawks do. If they lose, they would need the Seahawks to lose to get No. 1 or the Packers risk the possibility of tumbling to No. 3. Remaining schedule: at CHI

2. New Orleans Saints (11-4), champions, NFC South. The Saints have a tough path to No. 1 because they lost to the Packers in Week 3 and would lose the head-to-head tiebreaker. The Saints must beat the Panthers and hope the Packers and win and the Seahawks to create a three-way tie, where they would have the tiebreaker (based on conference record) for No. 1. Remaining schedule: at CAR

3. Seattle Seahawks (11-4), champions, NFC West. The Seahawks clinched the division by beating the Rams at home in Week 16. The Seahawks need to beat the 49ers in Week 17 to have a chance at No. 1. The Seahawks, along with a win, also would need losses by the Packers and the Saints. There’s a pretty good chance they will stay in this spot with long shots to move up either to the top or second seed. Remaining schedule: at SF

4. Washington Football Team (6-9), first place, NFC East. Washington doesn’t have much mystery about what it needs to do to win the division. The Football Team is in as NFC East champions and the No. 4 with a win over the Eagles. WFT is out with a loss, with either the Cowboys or Giants, whoever wins the earlier game, stealing the title. Remaining schedule: at PHI

5. Tampa Bay Buccaneers (10-5) second place, NFC South. The Buccaneers have clinched a wild-card playoff spot but they want to keep this seed to face a much weaker opponent from the NFC East in the first round vs. one of the top three NFC teams. They lose the head-to-head tiebreaker to the Rams, so they would ned a win over the Falcons to lock down No. 5. Remaining schedule: vs. ATL

6. Los Angeles Rams (9-6), second place, NFC West. The Rams will be starting John Wolford at quarterback with a shorthanded offense around him in their most critical game. After losing the NFC West, they are trying to cling to a wild-card berth. If the Rams don’t beat the Cardinals to stay in, then they would need the Bears to loss to the Packers. They hold the head-to-head tiebreaker over the Bears. Remaining schedule: vs. ARI

7. Chicago Bears (8-7), second place, NFC North. The Bears would hold this position and get in as a wild card behind the Packers by beating the Packers. If the Bears lose to the Packers, they would need the Cardinals to lose to the Rams to get into the playoffs. Remaining schedule: vs. GB

The Cardinals also have control of a wild-card berth, like the Bears. They would be in with a win over the Rams, or they go home. There’s.no scenario where the Bears losing gets the Cardinals into the playoffs.

For either of these NFC East teams to get in, Washington would need to lose. Then whoever wins their head-to-head matchup earlier in the day would get into the playoffs.

The Eagles and Vikings joined this group in Week 16. The Lions and Falcons are down here after firing their coaches earlier in the season. The 49ers joined them with consecutive home losses to the Bills and Washington. The rebuilding Panthers’ Week 15 loss in Green Bay was their eighth one-possession defeat this season. They followed that with an important one-possession win at Washington.

Projecting all 41 bowl games, including the College Football Playoff

The NFL playoffs are coming to Nickelodeon 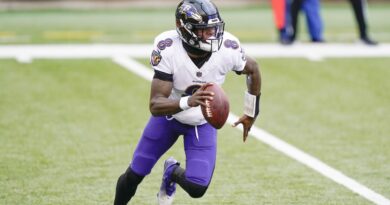 Lamar Jackson out to 'erase' narrative about playoff struggles