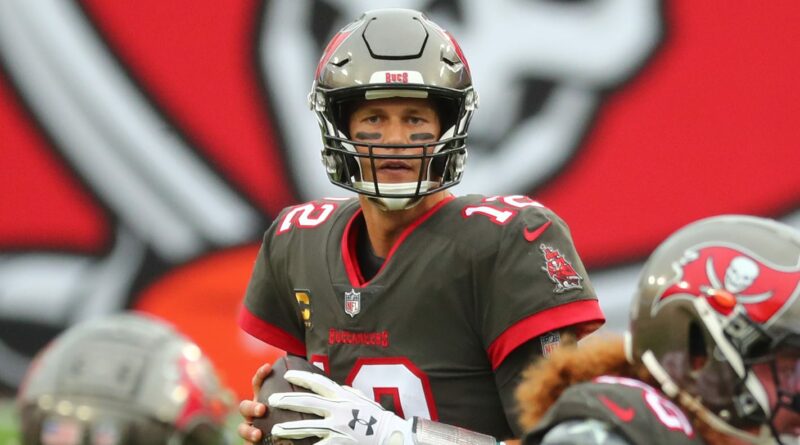 We do not approach this lightly. The NFL playoffs begin this week and the road to Tampa will end with Super Bowl LV.

The wild-card round has existed since 1970, so that's a pretty good sample size. And in that time, the wild-card pool has produced 10 Super Bowl teams and just six Super Bowl winners.

So the odds are not in favor of a wild card advancing from this weekend to Tampa. Then again, there's never been a wild-card weekend such as this one, dubbed "Super Wild Card" by the NFL. A record six teams that did not win their division are playing. Only one team from each conference has a bye. So some stars could be lining up.

With that in mind, we ask our NFL staffers: Which of the six NFL wild-card teams  – not including division winners playing this weekend – is best positioned to make a deep playoff run?

If Tom Brady and the Bucs make it to the Super Bowl in Tampa, Florida they will be the first team to play in the title game in their home stadium. (Photo: Kim Klement, USA TODAY Sports)

WHO STEPS UP?: One wild-card player to watch for all 12 teams in playoff opener

Here are their answers:

Baltimore, silly. Since recalibrating after their massive COVID-19 outbreak, the Ravens are playing their best football of the season at the right time. That makes them so dangerous, the team that nobody should want to play. Is this the same team that had the league’s best record last season? Of course not, given the typical year-to-year changes in the NFL. But it still has Lamar Jackson, who at any given moment can be the most dynamic player on the field with an ability to energize the whole crew. And he’s red-hot right now. Now, this defense isn’t as dominant as others the Ravens have fielded in recent years, but has arguably the best three-pack of cornerbacks, a premier pass-rusher in Matthew Judon and a dominant run-stuffer in the middle nicknamed, “Baby B (Brandon Williams).” And perhaps Baltimore learned something to draw on after going one-and-done in the past two playoffs. Like urgency.

I’ve said all along the Ravens could truly scare any outfit if they catch fire – and they’re smoldering now – which is why they were my preseason Super Bowl pick for the AFC. But I have to go with the Buccaneers on this one. Unlike Lamar Jackson, Tom Brady is playoff proven and his new mates in Tampa Bay seem to be jelling at just the right time. And this team can do far more than throw the ball – Ronald Jones has emerged as an effective runner, and this defense can stonewall ground games and hunt quarterbacks. Throw in what appears to be a favorable wild-card matchup with Washington, and it sure appears as if  TB12 and Co. are poised to get out of the blocks quickly.

If we could rely on attendance this weekend from Rams quarterback Jared Goff (thumb surgery) or Browns coach Kevin Stefanski (COVID-19), I’d be inclined to choose one of those exciting and balanced squads. But we can’t, so give me the Bucs. Their wildcard win is the surest bet, against a Washington team that needed Eagles coach Doug Pederson’s help in Week 17 to win. Washington rookie defensive stud Chase Young could give Tom Brady nightmares, but the Football Team is not complete enough -– particularly on offense -– to outlast Bruce Arians, Brady and Co. Beyond that, the Bucs have demonstrated the ability to outwit and outplay the NFC’s biggest threat, Aaron Rodgers. Rodgers threw zero touchdowns and two interceptions in Green Bay’s 38-10 week 6 loss to Tampa. The Saints inflicted a similar embarrassment on Brady in week 9, but Tampa ended its season winning five of seven, their losses to talented Rams and Chiefs teams coming by just 3 points. Not to mention Tampa’s aging quarterback thankfully claims no known broken ribs. The Bucs found a groove to close their season. Beginning with an outmatched Washington team, they’ll ride it deep into January.

Tampa Bay. Their offense is top 10 in yards and points. Their defense is top 10 in the same categories. They’re among the best in turnover differential. They have a veteran coaching staff, and the most decorated postseason quarterback in Tom Brady, who didn't get nearly enough credit for the success he had this year. Third in passing yards (4633), tied for second in touchdown passes (40). If anyone can make a deep run and challenge the Packers, it’s the Bucs.