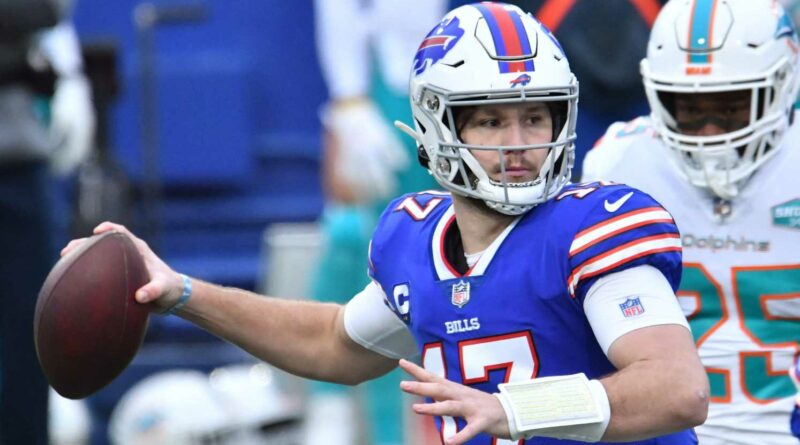 The NFL announced the schedule for wild-card weekend — or Super Wild Card Weekend, as the league is calling it — with three games each on Saturday, Jan. 9 and Sunday, Jan. 10. This will be the first time in league history that there will be three playoff games in one day.

The Indianapolis Colts and Buffalo Bills will kick off postseason play Saturday. The Bills are AFC East winners for the first time since 1995 and are the No. 2 seed in the conference, while the Colts reached the playoffs as a wild-card entry.

Tom Brady and the Tampa Bay Buccaneers get a prime-time showcase against the winner of the NFC East. The Cleveland Browns — who ended the NFL's longest playoff drought — will play their AFC North rivals, the Pittsburgh Steelers, on Sunday night.