Having shown impressive pass-rushing skills at Oregon thanks to his size, speed and quickness off the ball, Thibodeaux was projected as a top-five pick, but questions about his work ethic plagued him during the draft process. Nevertheless, the Giants liked his production at the edge position, where he collected 123 tackles (82 solo), 35.5 tackles for loss, 19.0 sacks and three forced fumbles in three years as a Duck. Thibodeaux was a unanimous All-American in 2021, when he recorded 7.0 sacks, 12 stops for loss and a career-high 50 tackles.

Just like fellow tackle Ikem Ekwonu, who was drafted one pick before at No. 6, Neal’s strength is his versatility. The Giants have a hole open at the right tackle position, which Neal played in all 13 games last season with Alabama, but he can move around the offensive line as needed by New York. Neal also brings consistency to a Giants offensive line which struggled in 2021, as he started all 40 games he played in his four years with the Crimson Tide and missed just one game in his career.

With the Giants looking to improve on their 4-13 record from 2021, both Neal and Thibodeaux are anticipated to make an immediate impact in New York this fall. 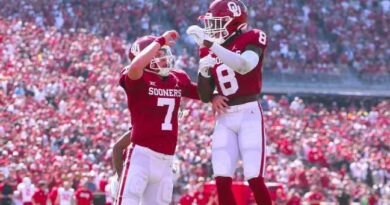