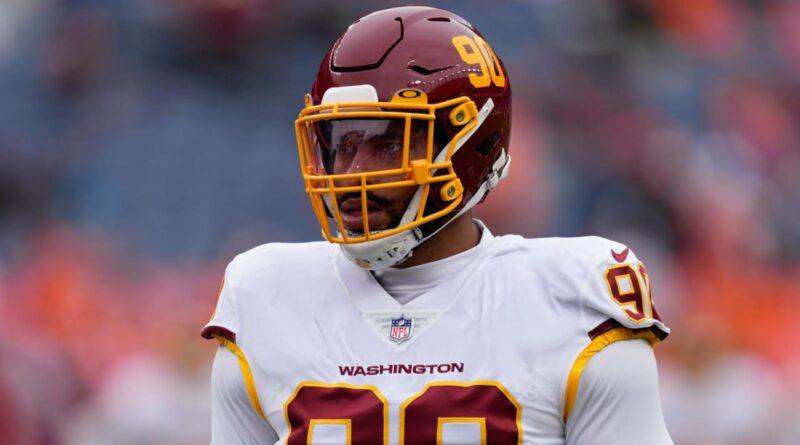 The Washington Football Team will be without one of their top pass rushers for at least the next three games.

Montez Sweat was placed on injured reserve with a jaw injury, the team announced Saturday. Washington will have 21 days to decide whether to activate Sweat or return him back to IR.

Sweat has been dealing with a fractured jaw which kept him out of practice all week. The defensive end had already been ruled out for Sunday’s home game versus the Buccaneers. Sweat is second on the team with four sacks this season.

In a corresponding move, Washington signed DE Bunmi Rotimi to the active roster from the practice squad.

Belichick not closing door on Pats adding another QB