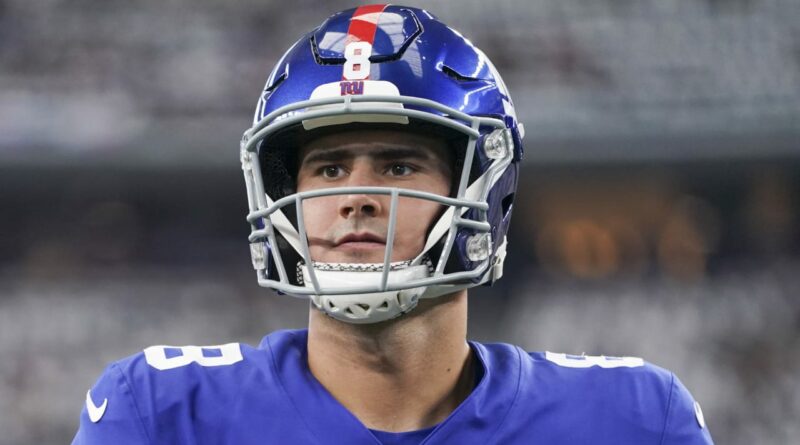 Daniel Jones’ absence might only end up being a little more than two quarters of football.

Giants coach Joe Judge told reporters Jones is progressing through the concussion protocol after sustaining a concussion in New York’s Week 5 loss to Dallas, and Jones will practice in a non-contact session Thursday, per The Athletic’s Jordan Rodrigue. Jones took first-team reps in the portion of practice open to media members Thursday.

“At this point, everything is positive,” Judge said of Jones’ progress before practice, per SNY’s Ralph Vacchiano.

Jones will still need to be cleared before playing Sunday against the Los Angeles Rams, but his involvement would provide a significant boost to the Giants’ chances. Backup ﻿Mike Glennon﻿ replaced Jones in Week 5, and while he completed 16 of 25 passes for 196 yards and one touchdown, he threw two interceptions in what ended up being a blowout loss.

Jones has completed 64.3% of his passes for 1,282 yards and a 4-1 TD-INT ratio through five weeks. With ﻿Saquon Barkley﻿ dealing with an ankle injury, the Giants will need their best possible options everywhere else to compete with the 4-1 Rams.