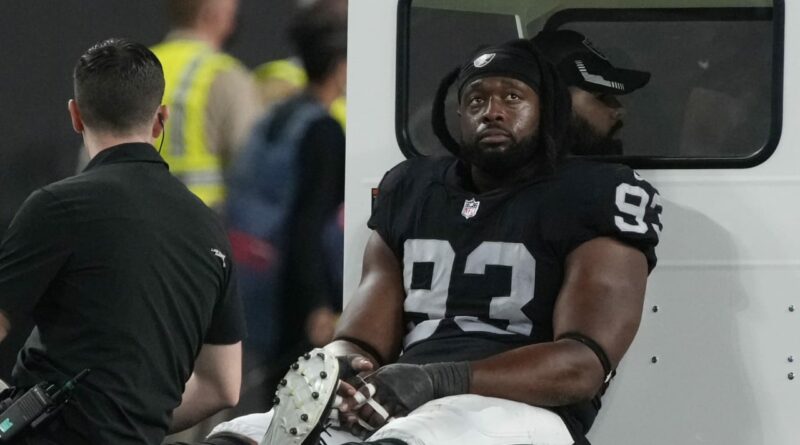 It’s the latest blow to the 33-year-old former Pro Bowler. McCoy missed all of 2020 after rupturing his quad in practice with the Dallas Cowboys. McCoy played nine snaps as a reserve DT in the Raiders’ opening-game win over the Baltimore Ravens before being carted off with an injury.

A six-time Pro Bowler in nine seasons with the Tampa Bay Buccaneers, McCoy played in all 16 games with the Carolina Panthers in 2019, compiling five sacks.

From the national anthem to first player to score, here are some Super Bowl LIV prop bets