The Cleveland Browns nightmare 2019 season has dragged into the off-season with star quarterback Baker Mayfield becoming the target of social media vitriol.

A shirtless pic of Mayfield alongside several NFL stars on vacation drew widespread backlash over the star’s physique.

But as the fat-shaming flooded in, New York Giants running back sensation Saquon Barkley came to the defence of Mayfield.

Speaking recently to TMZ, Barkley came to the Browns quarterback’s defence over the image and why Mayfield not being shredded didn’t matter.

“He’s a quarterback, he’s not supposed to be shredded,” Barkley said.

“We in off-season, he’s gonna have time to get his body right. He can throw the ball 80 yards. That’s the only thing that matters.”

Barkley and Mayfield, who spent time in Antigua and Barbuda with their significant others earlier this year, were photographed shirtless, along with fellow Giants stars Sterling Shepard and Alec Ogletree. The image has since made the rounds on Twitter with fans comparing Mayfield’s appearance with friends’ six-packs.

Baker is me every time I take a picture with my skinny friends pic.twitter.com/321mcYE7Kj

“I feel like I’m the Baker of my friend group,” one commenter tweeted.

“Crazy cause I look better shirtless than Baker Mayfield,” another replied.

Despite the onslaught of criticism, Barkley believes Mayfield is “going to have time to get his body right.”

With Mayfield entering his third year with the Browns, 2018’s first overall pick is looking to right the ship after a disappointing sophomore season, which included a war of words with coach-turned-ESPN commentator Rex Ryan.

The pair squashed their beef ahead of the Super Bowl, with the quarterback admitting he “put my foot in my mouth a lot this past year.”

The Browns finished 6-10, resulting in the dismissal of first-year coach Freddie Kitchens, who was replaced by Vikings offensive co-ordinator Kevin Stefanski.

This article originally appeared on the NY Post and was reproduced with permission. 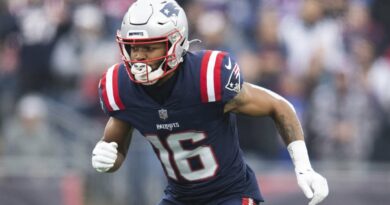 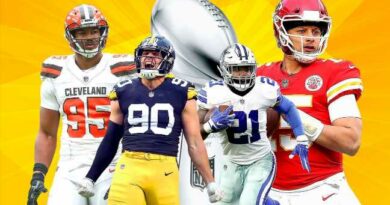 Super Bowl timelines for all 32 NFL teams: Who’s in mix, getting closer and years away? 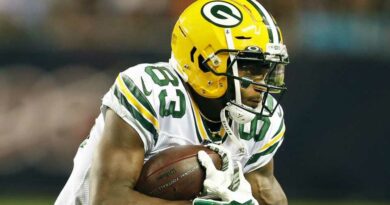