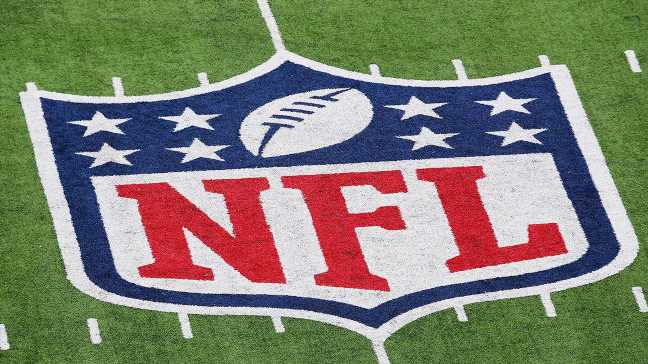 In an effort to convince reluctant players to show up for voluntary offseason workouts, several NFL teams have made changes to their offseason schedules as a result of conversations between players and their coaching staffs

NFLPA officials told ESPN this week that one of the tangible results of their ongoing dispute with the league and its teams over offseason workouts is that players have been able to have a say in how those workouts should be conducted.

“Every single player, especially the leaders on these teams, they’re now talking to these teams on their own and saying, ‘If it’s truly voluntary, this is what it needs to look like in order for us to show up,'” said free-agent safety and NFLPA executive board member Michael Thomas. “This is truly voluntary, and moving forward, we just want a better process for our men so they can be healthy and extend their careers.”

The specific changes vary by team, and not every team is making them. There also are still a few teams whose players have said they won’t be showing up for voluntary offseason workouts at all. But the NFLPA said about 15 teams have implemented changes to their OTA and minicamp programs as a result of discussions between players and coaches.

“There’s a team now that is only going to have one week of in-person, voluntary, and no mandatory minicamp,” Browns center and NFLPA president JC Tretter said. “They’re there for a week. It’s going to be no competitive periods, mostly just walkthroughs. Another team, just two weeks they’re there, no mandatory minicamp, they’re done by Memorial Day and then they’re off until training camp. A lot of (the changes) are around tempo as well. There are some that have agreed to sandals-only walkthroughs, so they make sure it truly is a walkthrough, truly there for learning. And that’s what guys think offseasons should be — a time for learning, a time for the mental aspect of football. You’re not going to make the team in May.”

The NFL didn’t name the specific teams that said they were canceling their mandatory June minicamps, and when contacted by ESPN most teams were reluctant to discuss specifics, with many saying they were still working through their offseason plans. But this is a sampling of some of the specific changes certain teams are making, according to various sources:

• The Detroit Lions were originally planning three weeks of OTAs prior to their June 8-10 mandatory minicamp, but now will do only two. Their third week of OTAs will move to the week after minicamp and be focused only on rookie development.

• The Los Angeles Rams will not be having traditional OTAs in terms of on-field work. They may do some pared-down walkthroughs but will focus mainly on instruction.

• The Kansas City Chiefs shrunk Phase 2 of their offseason workout program down from two weeks to one.

• The Los Angeles Chargers will not be doing any on-field work other than walkthroughs, though the front office and new head coach Brandon Staley were already discussing new ways to handle the offseason program when Staley was hired in January.

• The Indianapolis Colts are “still working through” details regarding their mandatory minicamp.

• The Green Bay Packers moved their mandatory minicamp up a week. Originally scheduled for the third week in June, it now will be in the second, and it’s possible that means an OTA week goes away as well.

• The Miami Dolphins, as the Miami Herald reported earlier this week, have told their players they will have sandals-only on-field work to guarantee a walkthrough pace. This addresses what Tretter said was the main concern players had about voluntary offseason practice work.

“The offseason program has gotten out of hand,” Tretter said. “OTAs have been ratcheted up year after year and they’ve turned into, especially for big guys and guys on the line of scrimmage, legitimate full contact, non-padded practices. Nobody puts any restraints on them; they let guys go at it. I shouldn’t, in May, be taking on bull rushes with no shoulder pads. And that’s what they’ve turned into, and guys are getting hurt, and guys are getting banged up, and it just doesn’t make sense to guys anymore.”

The NFL and the NFLPA had discussions in March and April about the specifics of this year’s offseason program in light of the lingering COVID-19 pandemic but were unable to come to agreement on several points. They’re still squabbling over some issues, including whether time spent in COVID-19 testing should count against the players’ time spent at the facility each day. The league believes it shouldn’t, the players believe it should, and it’s possible the union could file a grievance over the issue.

When the talks broke off in April, the NFLPA began issuing team-by-team statements with players saying they would not take part in the voluntary workouts. And there are some teams, including the Buccaneers, Seahawks and Browns, whose players still say they aren’t going in (except for the few who have bonuses in their contracts tied to offseason workout attendance).

The dispute turned ugly last week over the issue of Denver Broncos tackle Ja’Wuan James, who suffered a season-ending Achilles tendon injury while working out away from the team facility. The league sent teams a memo after that injury reminding them that a player who is injured away from the team facility can be placed on the non-football injury list, which means the team doesn’t have to pay his salary. The union fired back with its own memo, calling the league’s memo “gutless” and saying the union has its eye on the situation to see how the Broncos handle it.

“All the players are watching,” Thomas said. “That specific incident with Ja’Wuan, as unfortunate as it is, we take that risk every single year, especially in that break from minicamp, five weeks before training camp. Every single player trains on their own during that time.”

“I’m sure that locker room’s waiting to see,” Tretter said. “Because why would I prepare as hard as I can to come back at training camp in the best shape ever when, if something goes wrong, the team’s going to throw me under the bus the first chance they get? So I think it’s going to be an interesting decision by Denver on what they want to do, because I’m sure the guys in their locker room are looking and I’m sure guys in other locker rooms are looking too.”

In the wake of the James injury and the subsequent dueling memos, the NFLPA conducted a conference call last Friday. The NFLPA says about 450 players were on the call at its peak, and the highlight may have been the contribution of seven-time Super Bowl champion quarterback Tom Brady, who spoke passionately about the ability of veteran players to get themselves ready and the lack of necessity of the offseason program.

“I think publicly, there’s a narrative out there that, by not volunteering to go to the offseason and to work out on our own, that we’re lazy for that,” Tretter said. “I think Tom’s a great example, because he’s probably one of the most well-known people of being the exact opposite of lazy, one of the hardest workers in the league. So for him to come out the way he did, I think that just shows guys that this isn’t about relaxing and kicking back on the couch. This is about what’s doing what’s in the best interest of you as a player, as a person, and making those decisions that are best for your career. It’s always important to hear from guys as universally respected as Tom.”

Phase 2 of the NFL’s offseason workout program, which is allowed to include some on-field activity, is scheduled to begin Monday. 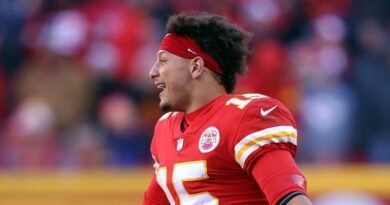