Ha-Ha Clinton Dix is heading to the Redskins.

The Packers sent the 25-year-old safety to Washington on Tuesday, according to a report from ESPN, which cites an unidentified league source. Green Bay will receive a fourth-round pick in return for Clinton Dix, the report says.

Clinton-Dix has tallied 27 total tackles and three interceptions in seven games this season.

Clinton Dix will be a free agent after the season as the Packers picked up his fifth-year option in May. He said earlier this month he didn’t expect to remain with Green Bay.

“Right now, I’m playing each and every game like it’s my last. I don’t think I’m going to be here next year,” Clinton-Dix said at the time (via the Wisconsin State Journal). “That’s how I look at it. I just (have to) be honest with myself.

The Packers originally selected Clinton-Dix with the 21st pick in the 2014 draft. He has registered 14 interceptions and 5 1/2 sacks in 71 career games.

Ficken in, Vedvik out as Jets kicker carousel spins 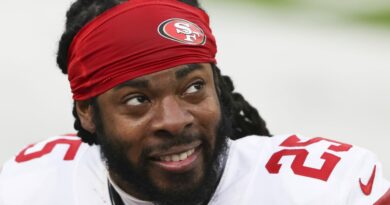