The NFL will be infiltrating the massively popular world of “Fortnite” this week thanks to a new deal between the league and Epic Games.

It was announced Monday morning that the NFL has agreed to a partnership with the video game developer behind Fortnite that will bring NFL team “skins” to the game. Specifically, the deal will allow gamers to dress their playable characters in full NFL uniforms, and they’ll even be able to customize those uniforms with the jersey number of their choosing.

“It’s just a way to bring some fun and some pop culture relevance to the game,” said Rachel Hoagland, the NFL’s vice president and head of gaming and eSports.

The NFL deal is the first time that Fortnite has reached a partnership with an outside company to bring branded skins to the game. The skins will hit Fortnite’s in-game shop this Friday, when players will have to opportunity to purchase them. The NFL skins will reportedly have a similar price point to most of the game’s other buyable outfits, which typically fall between $12 and $15.

This seems like a pretty smart partnership from both angles. Fortnite will have an opportunity to pull in some extra dough and offer attractive skins to their players who are also football fans, and the NFL gets to bring its branding to one of the most popular entities in the world right now.

Baylor coach Matt Rhule is turning around the program, but will he stay to finish the job or leave for the NFL one day? 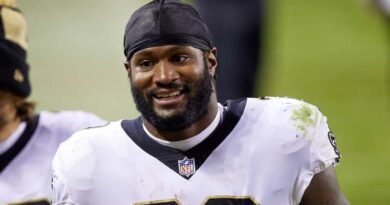