From the makers of Chase Daniel Takes Thanksgiving, we bring you a banged-up Jeff Driskel starting in what is traditionally the second-most watched NFL game of the entire regular season. (That is, unless third-stringer David Blough is asked to step in.) Driskel was sneaky fun to watch in his first start in place of Matthew Stafford, back in Week 10, but he looked all but determined to throw away the Lions’ chances late in the team’s loss to Washington on Sunday. Meanwhile, the Mitchell Trubisky Bears going against this soft Detroit defense is the ultimate stoppable force versus movable object matchup. I’d love to see some joy in Detroit on their football holiday, but Trubisky is trending slightly up, and the Bears’ defense remains the best group in this game, just like it was a year ago.

It’s the battle of the teams that are sick of hearing they haven’t beaten anyone. Josh Allen, coming off his best two-game stretch of the season, gets his chance to shine in the biggest spotlight game of his career. The Bills are arriving in Dallas at the right time. Buffalo has been smartly leaning on Allen’s running more lately, and Devin Singletary could eat up a struggling Cowboys run defense that misses Leighton Vander Esch. Bills coach Sean McDermott has also unleashed the hounds with far more blitzes recently, to great effect, though that will be a riskier approach against this Cowboys line than it was against the Dolphins or Broncos. For the remaining believers in the excellence of this Cowboys offense and Dak as a fringe MVP candidate, it’s prove-it time. A great offense led by a great quarterback should win this game on their own.

It turns out I may have gotten carried away. The post-bye 2019 Falcons are not the 2001 Patriots, emerging from the shadows to make a playoff run no one saw coming. While dreams of Atlanta winning eight straight to close the season were shattered last Sunday, this remains a dangerous matchup for the Saints. The Falcons dismantled New Orleans on Nov. 10 largely because their front disrupted the Saints’ passing game. And now New Orleans left tackle Terron Armstead is out with a high ankle sprain. The Saints’ secondary isn’t the same without Marshon Lattimore, and his status for this game is murky, as is the health of Atlanta’s Julio Jones. Matt Ryan should play well enough to make this Thanksgiving nightcap entertaining, but it was a great sign last week that Drew Brees could still lead the Saints to a shootout win with big plays, just like old times. He may have to do it again.

The AFC South division race is winding and familiar, a tale simultaneously unpredictable, entertaining and pointless, like the fourth season of a television series with years left to go but no Emmys in sight. The latest Titans-Colts installment is another crucial plot point in this happy diversion, with Sunday’s winner possibly climbing into first place by nightfall, after the Texans host the Patriots. While Jacoby Brissett pulled off some fourth-quarter magic the last time these teams played, the Colts are dealing with more powerful forces in this one: Peak Tannehill, December Derrick Henry and the Titans’ inevitable 9-7 finish.

Life is too short to go 0-16. Perhaps that was what coach Zac Taylor and his bosses thought before re-installing Andy Dalton as the team’s starter with another winnable home game on the docket this Sunday. Even if Dalton’s return doesn’t bring A.J. Green back to the lineup, the improved Bengals defensive front over the last few weeks should give Sam Darnold troubles after he’s enjoyed three weeks of excellent protection. Losing to a winless Cincinnati team after three straight wins would be the most Jets result possible. In the Red Rifle we trust.

Kyle Allen is not the problem. The fact that the Panthers’ defense is no better than its offense is the problem. Redskins coach Bill Callahan probably looks at this matchup and sees an opportunity to run the ball 30 times against a defense that’s been overmatched up front for a while. With rookie Brian Burns now an afterthought, the Panthers’ once fearsome pass rush has Vernon Butler and Bruce Irvin coming off the edge, to little result. Still, this is a matchup where Christian McCaffrey may get to move his ridiculously quick feet with a lead for the first time in weeks, continuing his march to 2,500 yards from scrimmage.

The Ravens may be in the most dominant stretch we’ve seen from an NFL team since the early-season 2007 Patriots. The Fighting Lamars are the first team ever to beat squads with winning records by over 34 points in back-to-back weeks. They’ve won their last five games by a combined score of 202-62, a stretch that included three teams set to make the playoffs: New England, Seattle and Houston. Then again, going 10-1 despite being ravaged with injuries and beating an 8-2 team by 29 points, as the Niners did Sunday, isn’t normal, either. The 49ers’ defense is the rare group that can match the Ravens in pure talent and athleticism. If the team allowing fewer passing yards per game than any team in a full season since 1980 can’t disrupt Lamar Jackson through the air, then no team can. I have too much respect for George Kittle, Kyle Shanahan’s play-calling and the best tackling defense in football to assume this will be a boat race.

The Bucs are 2-3 since their bye week, with blown fourth-quarter leads in Tennessee and Seattle included in that stretch. For Bruce Arians, that’s progress. The Jaguars, meanwhile, have been outscored 101-36 in their last three games, allowing 233 rushing yards per game in that span. While everyone yells about the quarterback controversy, the NFL’s best defense from 2017 has imploded, and Doug Marrone is calling runs on first and second downs while trailing by three scores, the head coaching equivalent of whistling past the graveyard.

Mike Tomlin was asked this week why Devlin "Duck" Hodges will start at quarterback this week. "He has not killed us," was the answer. That’s the bar for Steelers quarterback play lately, and it’s not high enough against a Browns offense that has finally found its footing over the last month. Kareem Hunt, Jarvis Landry and Nick Chubb’s toughness, combined with Baker Mayfield’s better decision-making, has made this a dangerous group. As much as Mason Rudolph earned his benching, it’s hard to imagine Hodges scoring enough for Pittsburgh, unless JuJu Smith-Schuster and James Conner are able to return to the lineup.

Matt LaFleur took criticism after the team’s blowout loss in San Francisco for simply running his offense rather than tailoring his gameplan to attack the 49ers’ weaknesses. That shouldn’t be a problem this week, where the Giants’ pass rush and secondary are weak in so many areas that the Packers can’t help but find the right matchup. The bigger concern in Green Bay remains the defense, where coordinator Mike Pettine’s stubborn scheme appears to play terribly from behind, because they beg teams to run, and usually run well. As crazy as it sounds, the Giants, with a diminished Saquon Barkley and this offensive line, aren’t positioned to take advantage.

Lost in Carson Wentz’s inability to complete open throws to sub-standard receivers in awful conditions over the last two weeks has been the sustained excellence of the Eagles’ defense. With the Eagles hopeful they’ll get back Lane Johnson, Alshon Jeffery, Nelson Agholor and Brandon Brooks on Sunday, the offense only needs to be competent enough for the defense to do the rest. The conditions will be friendlier in Miami, as will the Dolphins’ lines on both sides of the ball. The Cowboys may still rue allowing the Eagles to hang around this NFC East slog as long as they have.

This is an early last stand for the Rams’ season. Lose in Arizona with a brutal schedule ahead, and they’ll spend their final four weeks in a fetal position, nursing their nasty Super Bowl hangover. While Kyler Murray isn’t Lamar Jackson, the Cardinals can throw a lot of creative runs at a Rams defense prone to wild mood swings. The Cardinals’ rushing attack ranks second only behind the Ravens’ in efficiency, while the Rams are below average. The fact that Kliff Kingsbury’s Cardinals offense is better overall than Sean McVay’s Rams this late in the year is one of the upsets of the entire season.

The Broncos are splitting practice reps between Drew Lock and Brandon Allen this week, a sign that Lock’s time in the starting lineup is imminent. That’s great news for a Chargers defense that was already playing better before learning that safety Derwin James would return this week. Denver’s defense is capable of keeping any home game close, but the Chargers are the most talented 4-7 team in football, and it’s not like this is a big coaching mismatch. Look for them to become the most talented 5-7 team.

The Raiders are 1-4 against teams with winning records, including a blowout loss to these Chiefs. Oakland’s scoring differential is minus-56, good for 26th in the league. In short: Jon Gruden has overachieved with a talent-poor roster, especially on defense. Most concerning is that one of the league’s best offensive lines has struggled in back-to-back weeks against the Bengals and Jets. The Raiders will need their offense to be at its efficient best on Sunday to keep up with a Chiefs team expected to get Tyreek Hill back, but it’s hard to keep up in a shootout with 10-play drives. The Chiefs’ push for a title starts … NOW.

There were signs last Sunday, glimpsed through the sideways rain, that the Patriots’ offense can turn a corner. Sony Michel saw more running room than he has all season because of an offensive line buoyed by the return of tackle Isaiah Wynn. Tom Brady played well and would have finished with a better line than 17 of 37 for 190 yards and a touchdown if not for six drops on a wet day, while rookie receivers Jakobi Meyers and N’Keal Harry are making an impact. After three nasty-weather games in the previous four, the Patriots should be thrilled to play indoors against old pal Romeo Crennel and his star-free defense. This figures to be a game in which Brady needs to score, because Deshaun Watson and the multi-dimensional Texans running attack could expose New England’s team speed in a Sunday Night classic Al Michaels has been waiting for. Look for Brady to be up to the task.

Picking against the Seahawks this season, as I’ve done far too often, feels like picking against a higher power. Somehow, some way, Russ and Pete reward the faithful. The option looks especially dangerous this week, with Seattle’s defense playing its best two games of the year in succession against the 49ers and Eagles. The Vikings are a tougher test because of their balance, while Kirk Cousins (gasp) is playing better than Jimmy G and Carson Wentz. This is a strange Minnesota team, with star players making nearly every facet of the squad good without any of them being truly great. Cousins winning in prime time in Seattle would be the strangest development for this Vikings team yet, and I can’t quite picture it in my mind’s eye. It’s time for me to join the Seahawks flock and bathe in its illogical peace. 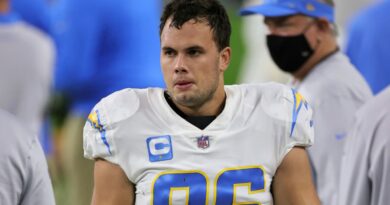 Opinion: What the New Orleans Saints learned about themselves while Drew Brees was out