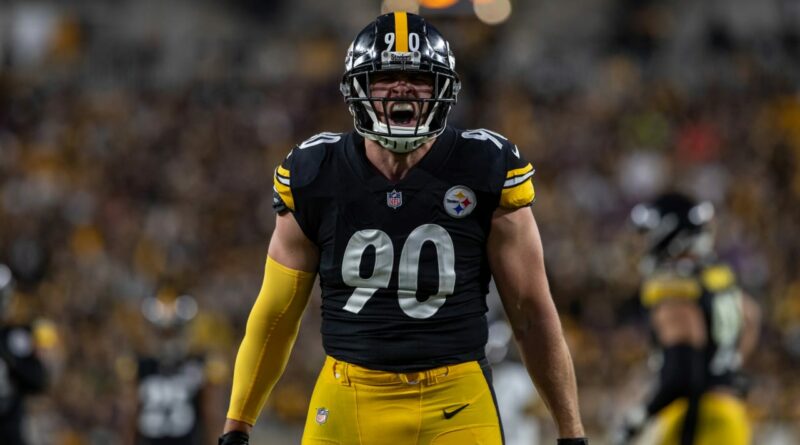 Throughout the 2021 NFL season, NFL Network analysts will provide one bold prediction heading into each week’s slate of games (see the full Week 18 schedule).

James Jones: After posting a career-high four sacks in Pittsburgh’s win over Cleveland this past Monday night, T.J. Watt needs 1.5 sacks to break Hall of Famer Michael Strahan’s single-season record of 22.5. Watt does it, but I’ll do you one better: He posts anew career high of FIVE sacks in Week 18. This gives him a career total of 76, putting him past his brother, J.J. Watt (74.5), for the second-most sacks in a player’s first five seasons in NFL history, trailing only Hall of Famer Reggie White (81).

Marc Ross: The Texans upset the heavily favored Titans back in Week 11. Houston completes the season sweep to crush Tennessee’s hopes of locking up the No. 1 seed in the AFC playoffs, as the Chiefs leapfrog the Titans after a win in Denver. Ryan Tannehill has averaged just 153 passing yards per game over the last five outings, and that won’t be enough Sunday.

David Carr: Rams coach Sean McVay expects Cam Akers to play “in some form or fashion” against the 49ers, which will represent the running back’s first action of the season following his July Achilles tear. (Thank goodness for the 17-game campaign, right?!) In his season debut, Akers scores a touchdown.

Joe Thomas: With key defensive players Patrick Surtain and Ronald Darby ruled out for Week 18, the Kansas City Chiefs cruise to a road victory against the Broncos’ third-ranked scoring defense. Patrick Mahomes throws for 350 yards and three TDs on Saturday to give the Chiefs a chance at claiming the AFC’s top seed, Sunday’s results pending.

Panic in Ann Arbor, party in Athens, pandemonium at Pitt and more from Week 4