I think we made a mistake.

Almost all of us wrote off the Seahawks in the aftermath of the Rams’ historic turnaround and their wildly successful offseason that saw them make upgrades at seemingly every position, but that might’ve been a mistake. We weren’t wrong to anoint the Rams as the one true king in the NFC West, but we were wrong to think that the Seahawks would fade out of the picture entirely — as if they’d be banished to the Wall and never heard from again. Entering the season, only one of our seven experts here at CBS Sports picked the Seahawks to make the playoffs.

Through seven weeks, the Seahawks look like a playoff team in a crowded, but not-as-good-as-we-thought-it’d-be NFC. They’re 3-3 with a plus-26 point differential — a better point differential than the entire NFC East. Only the Rams, Saints, and Bears own better point differentials in the NFC. They’re 10th in DVOA. If the season ended today (thankfully, it doesn’t), they’d miss the playoffs just behind the 3-2-1 Packers, who are 15th by DVOA. But the Seahawks are trending up. You might remember they started the season with two straight losses, both of which came on the road in one-score games. They responded by winning three out of their next four games. Their only loss came in a two-point thriller against the Rams.

The strangest part about their ascent is that it’s been fueled by the one position group that continually let them down during their reign. The Seahawks’ offensive line is finally giving Russell Wilson, who for so often needed to provide his own protection, the security he deserves. After a dismal start to the season, the Seahawks’ offensive line has come together to become a dominant unit.

According to ESPN, tackles Duane Brown and Germain Ifedi have been the fifth-best pass-protecting tackle combination. ESPN’s Brady Henderson explains:

Duane Brown and Germain Ifedi come in at No. 5 in ESPN’s rankings of the NFL’s best tackle duos in terms of pass blocking. The rankings are based on ESPN Analytics’ New Pass Block Win Rate metric, which uses Next Gen Stats to show how often an offensive lineman can sustain his block for 2.5 seconds or longer. Seattle’s No. 5 ranking signals a big shift for a team whose biggest weakness in recent seasons has been its pass blocking.

This came out of nowhere. It’s not like the Seahawks added a premier talent to their offensive line or drafted a highly touted prospect. The group features roughly the same caliber of players. Yet they’ve improved markedly.

So how did this happen? All signs indicate that it might have something to do with a change in coaches. After the season, the Seahawks finally jettisoned oft-maligned offensive line coach Tom Cable, who landed back on his feet with Jon Gruden in Oakland. The Seahawks replaced him with Mike Solari. It’s early, but Solari should be considered the frontrunner for assistant coach of the year. As Farrar put in his story last week, “to say that Solari has had a positive effect on the Seahawks’ formerly underwhelming offensive line is to stretch the concept of understatement.” Farrar added that he’d “put Solari’s coaching job right up there with any of the improvements you’ve seen at the NFL level over the last decade.”

Farrar knows a lot more about football than I ever will. He pays close attention to the Seahawks. If he’s sold then I’m sold. Plus, as those PFF and ESPN metrics indicate, the numbers back him up.

This week, the Seahawks get a bewildering Lions team that is also 3-3. The game is on the road and the Lions are three-point favorites. Both teams might be 3-3, but the Seahawks aren’t bewildering. We already know that they’re pretty good. We know that their offensive line is suddenly a strength of their team. We know that their defense is managing to stack up good performances even without Earl Thomas. On the season, Seattle is allowing only 19.5 points per game.

We also know that the Lions are challenged defensively. Before the season began, Detroit’s defensive line was already a concern. Ezekiel Ansah, franchise tagged in the offseason, was their only notable pass rusher. He hasn’t played since Week 1 due to a lingering shoulder issue. It certainly doesn’t sound like he’ll play this week.

The Lions have done well to manufacture a pass rush, slotting in at fourth place with 21 sacks, but they’re third-to-last in hurries (54), dead last in hits (26), and fourth to last in pressures (63), according to Sports Info Solutions. That substantial of a gap between sacks and other types of pressure indicates the Lions are relying on a very boom or bust defensive model. And the effectiveness of a pass rush is about more than just sacks. It’s about making quarterbacks uncomfortable for an entire game rather than bringing him down two or three times per game. Sustained pressure is the best way to change a quarterback’s eye level.

As a whole, the Lions’ defense is the third worst defense by DVOA. They’re susceptible against the run, allowing a league-worst 5.3 yards per carry. The Seahawks are seventh in rushing with 127.8 rushing yards per game.

Meanwhile, the Lions’ offense, despite having discovered a formidable rushing attack led by Kerryon Johnson and featuring one of the better receiver trios in football, has been remarkably average, ranking 15th by DVOA. As a team, the Lions slot in at 28th by DVOA — one spot ahead of the Raiders and one spot behind the Buccaneers.

So, with the first of my best bets, I’m taking the Seahawks (+3). They’re the better of the two teams by a wide margin. And they don’t even need to beat the Lions to cover the spread. They just need to lose by a couple of points.

All odds via SportsLine

One final point about the Lions: They might be the most inconsistent team in football. They got slaughtered by the Jets at home and lost to the Cowboys, but two of their three wins have come against the Patriots and Packers. Entering the season, I wasn’t sure what to make of them. Through seven weeks, I’m still uncertain. A win over the Seahawks would help me believe in their chances to fight for a wild card spot.

No way am I backing off the Chiefs, a team I’ve picked nearly every week. They’re at home and they’re going up against a bad Broncos team. Don’t let the Broncos beatdown of the Cardinals fool you: This is not a good football team.

In the most expected outcome ever, Case Keenum looks more like 2013-16 Case Keenum and less like 2017 Case Keenum. The defense, outside of dismantling a Cardinals team that fired their offensive coordinator the morning after, hasn’t been the Super Bowl-caliber unit it once was. And they’re not a particularly well coached team.

That’s a problem, because they’re going up against the best offense in football, a defense that has improved in recent weeks outside of a shootout in Foxborough, and the best special teams in the league. Oh, and the game is in Kansas City.

Give me the Chiefs in what should be a bloodbath.

Despite the close final score of the Giants’ Monday night loss to the Falcons, the Giants never really threatened the Falcons. Eli Manning put up a nice stat line, but he did most of his damage in the fourth quarter — after he spent the first three quarters missing Odell Beckham in the end zone and dumping off passes underneath. A good performance against a bad defense after the Giants fell behind by two touchdowns isn’t enough to generate confidence in Manning moving forward.

The Giants also traded away one of their best defensive players in Damon “Snacks” Harrison and starting cornerback Eli Apple. So, an already bad team just got worse as it looks to improve its draft position in order to upgrade a quarterback situation that should’ve been upgraded in the offseason.

It’s not that the Redskins have been particularly impressive, but they’ve been competent whereas the Giants have been the opposite of competent. Outside of an embarrassing performance in New Orleans against an unstoppable Saints offense, the Redskins have given up six, 21, 17, 17, and 17 points. Expect another solid outing by their defense against an offense that’s limited by a bad offensive line and a washed up quarterback.

This pick really doesn’t deserve that much of an explanation. It’s Bill Belichick against Sean McDermott in one of the biggest coaching mismatches of the season. It’s Tom Brady on one end and Derek Anderson on the other.

The Bills have done well to cover giant spreads twice this season, but I can’t see them sneaking up on the best coached team in football. The biggest problem won’t be the Bills’ very good defense against a very good Patriots offense. The biggest issue will be the Bills’ historically bad offense against Belichick. The Patriots’ defense lacks talent, but they make up for it with Belichick’s scheme. Belichick put an end to Mitchell Trubisky’s ascent a week ago. He’ll add to the Bills’ offensive woes again on Monday night.

The Colts beat the Anderson-led Bills by 32 points. Imagine what the Patriots will do to them.

The Browns don’t know how to win yet, but they know how to keep it close. Only one of the Browns’ games this season has been decided by more than one score. Here’s their margin of victory/defeat in all their other games:

The Browns are talented enough to be competitive. They’re good enough to go into Pittsburgh and lose by only a touchdown against a flawed Steelers team. Cleveland’s defense, which is ranked second in DVOA, should be able to keep them within a touchdown. 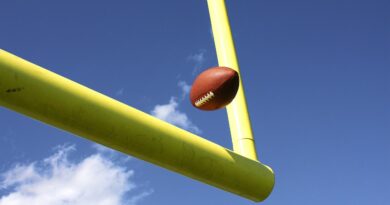 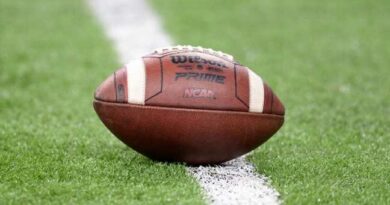