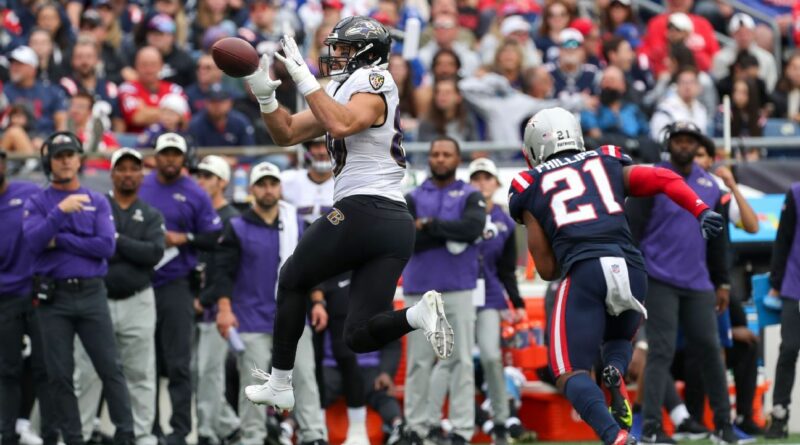 Week 9 of the NFL season is here, but injuries will keep some stars from joining their teams on the field.

Los Angeles Chargers receiver Keenan Allen is dealing with a setback in his recovery from a hamstring injury coming out of his team’s Week 8 bye.

Elsewhere in SoCal, Los Angeles Rams receiver Cooper Kupp is expected to play against the Tampa Bay Buccaneers on Sunday, despite an ankle injury he suffered in last week’s game against the San Francisco 49ers.

A handful of backfields across the league will be thin this week, as running backs Jonathan Taylor and D’Andre Swift missed significant practice time this week.

James Conner and Chuba Hubbard were limited participants in practice for the Arizona Cardinals and Carolina Panthers, respectively.

Patterson returned to practice off of injured reserve Wednesday. While he wasn’t activated yet, Falcons coach Arthur Smith didn’t rule out Patterson’s availability for Sunday against the Chargers.

Patterson participated in every practice this week and seemed in good spirits, calling himself “90 percent” on Wednesday after his first official workout back with the club. If Patterson returns, the Falcons get back one of their most versatile players and their top rusher — he was averaging 5.9 yards per carry before his injury. If he doesn’t return, expect the Falcons to continue to use a combination of Caleb Huntley and Tyler Allgeier in the backfield. If he’s back, both Huntley and Allgeier could still have roles, as Patterson is a player who can be used all over a formation to create mismatches for opposing defenses.

Andrews missed his second straight day of practice, which means he’s trending toward not playing. He has never missed a game because of injury in his five-year career, but it could be smarter for Baltimore to hold him out. If Andrews sits, he would get 24 days of rest between games (the Ravens get a bye next week) and would be healthier heading into the second half of the team’s schedule. Isaiah Likely would likely start in place of Andrews.

It looks like Edwards is a long shot to play Monday night after missing his second straight practice. If Edwards doesn’t play, the Ravens would rely on Kenyan Drake and Justice Hill vs. the Saints. Drake leads Baltimore running backs with 251 yards rushing this year, and Hill tops all Ravens RBs with a 6.4-yard average per carry. This appears to be a run-heavy game for Baltimore, which will be without Andrews at tight end and No. 1 wide receiver Rashod Bateman.

Poyer will miss his third game of the season with a left elbow injury he suffered late in the team’s win against the Green Bay Packers. He did not practice all week. With safety Micah Hyde (neck) out for the season, safeties Damar Hamlin and Jaquan Johnson are expected to start. In the games he has played, Poyer has been a key veteran presence in the secondary, beginning the year with four interceptions (tied for second most in the NFL). Linebacker Matt Milano (oblique) and right tackle Spencer Brown (ankle) are both questionable for the game vs. the Jets.

With Hubbard out for the second straight game, look for D’Onta Foreman to again get the bulk of the carries. Foreman has had 118 yards rushing in each of the past two games, but his touches went up significantly last week against Atlanta with Hubbard out. He had 15 carries against Tampa Bay and 26 against the Falcons. Look for him to be in the 20-carry range again.

Having their most reliable receiver (Lazard) and their most explosive receiver (Watson) available could be a game-changer for the struggling Packers offense. Aaron Rodgers didn’t have Lazard (shoulder) last week against the Bills and lost Watson (concussion) on the first series. Both returned to practice this week. Coach Matt LaFleur said Lazard will be a game-time decision, while Watson still has another step to take to clear the protocol.

Taylor has been battling injuries for weeks and now is struggling after reinjuring an ankle. He aggravated the prior injury during last week’s loss to Washington and won’t play against New England. The question now is whether Taylor can make enough progress by sitting out Sunday to get healthy, or if he’ll have to power through this for weeks to come.

Waller has not played since injuring a hamstring after eight snaps at Kansas City on Oct. 10, and he is officially listed as questionable to play at Jacksonville after being limited in practice all week. “Nobody wants to play quicker than Darren does,” said Raiders coach Josh McDaniels. If Waller, who will test the leg before Sunday’s game at Jacksonville, cannot go, expect Foster Moreau to again step up. Moreau is coming off a career-high-tying six catches against New Orleans last week.

The Chargers will be without their top two wide receivers on Sunday, with Allen ruled out after suffering another setback in his recovery from a nagging hamstring injury and Williams dealing with a high ankle sprain. To make matters more concerning, trusted backup DeAndre Carter is questionable because of an illness.

Tomlinson doesn’t get much notoriety around the league, but he has been having a Pro Bowl-caliber season as a nose tackle in the Vikings’ new 3-4 scheme. The Vikings will rely on a number of backups Sunday against Washington, from James Lynch to Khyiris Tonga to Ross Blacklock, in hopes of stopping the interior run game of the Commanders.

Harris, who is second on the team with 302 yards on 71 carries (4.3 average) and three touchdowns, didn’t participate in practices Wednesday, Thursday and Friday. He is officially listed as questionable. While Rhamondre Stevenson has taken over No. 1 duties, he can’t do it all, and that’s where Harris comes in as an important complement. If Harris doesn’t suit up Sunday, the team has rookies Pierre Strong Jr. and Kevin Harris as backup options, with J.J. Taylor on the practice squad.

With Michael Thomas now on IR, the last wide receiver holdout is Landry, who hasn’t played in a month after injuring an ankle. Landry returned to practice this week on a limited basis, so it’s up in the air whether he’ll be able to return against the Baltimore Ravens on Monday or if he needs more time to heal.

Davis will miss his second straight game, leaving QB Zach Wilson without his most dependable receiver against the Bills’ top-ranked scoring defense. Once again, Davis will be replaced by Denzel Mims, with Garrett Wilson likely starting as the other outside receiver. The Jets expect Davis to return in Week 11, following their bye.

Dotson will miss his fifth consecutive game because of a hamstring injury. He did not practice this week and worked only on a side field Friday. However, Washington coach Ron Rivera said the team hopes Dotson will return next week. Second-year receiver Dyami Brown will return after missing the past two games with a groin injury.

Holcomb was ruled out for a second consecutive game. The problem is, his backup, David Mayo, also won’t play because of a hamstring injury. Washington does, however, have veteran Jon Bostic to play alongside the improving Jamin Davis. Washington also likes to use a five-man defensive line — that often resembles a 3-4 front — or use safety Kamren Curl in a big nickel role. Curl called the defensive signals last week. 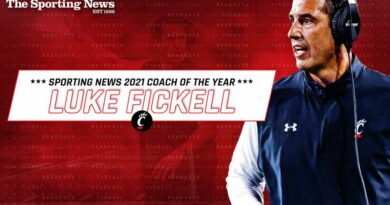