When linebacker Mike Jones pulled down ball-carrying receiver Kevin Dyson 1 yard short of the goal line on the game’s final play, Jones understood he had preserved the St. Louis Rams’ 23-16 win against the Tennessee Titans in Super Bowl XXXIV.

What he couldn’t have known is that his game-saving takedown on Jan. 30, 2000, would soon become known by many as the most memorable stop in NFL history. It is sometimes referred to simply as “The Tackle.”

But the NFL has known a long list of important tackles, including others that have occurred in the Super Bowl. Here are some crucial stops that have earned a place in pro football lore:

Bednarik is often referred to as the NFL’s last two-way player, but he was playing linebacker for the Philadelphia Eagles on Nov. 20, 1960, when he delivered a ferocious hit on New York Giants receiver Gifford. 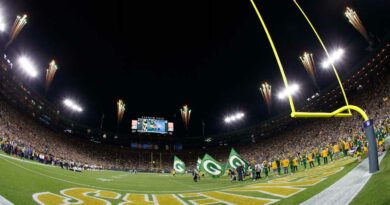