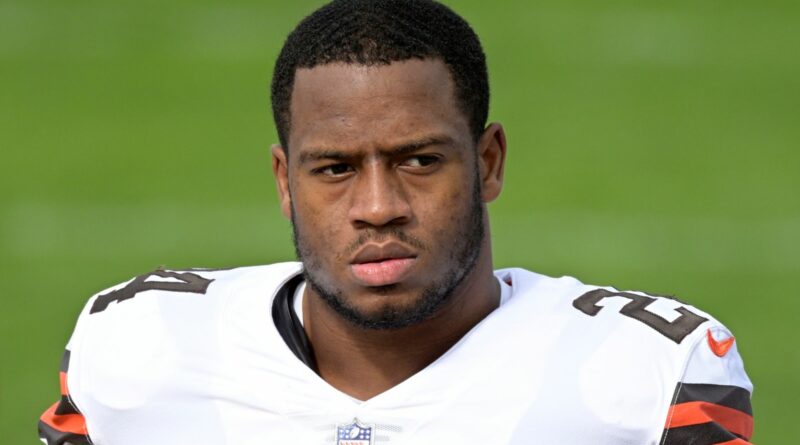 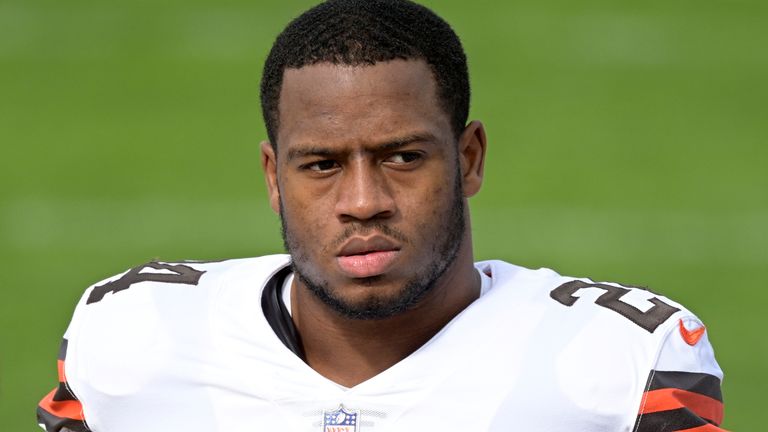 The Cleveland Browns and two-time Pro Bowl running back Nick Chubb have reached an agreement on a three-year, $36.6m (£26.3m) extension, according to ESPN and NFL Network.

Chubb has rushed for 3,557 yards in 44 games (37 starts) to go with 28 touchdowns in Cleveland since the Browns drafted him in the second round of the 2018 draft out of Georgia.

He rushed for 1,067 yards last season despite missing four games with an MCL sprain. He made the Pro Bowl in each of the past two seasons.

He was four rushing yards shy of 1,000 in his rookie campaign. He’s also caught 72 balls for 577 yards and two touchdowns out of the backfield.

Minnesota Vikings rookie quarterback Kellen Mond tested positive for COVID-19 on Saturday, NFL Network reported, as three of the team’s QBs were out for Saturday’s practice, including starter Kirk Cousins.

Fellow quarterback Nate Stanley also was out of Saturday’s practice, with NFL Network adding that Cousins is a “high-risk close contact.” 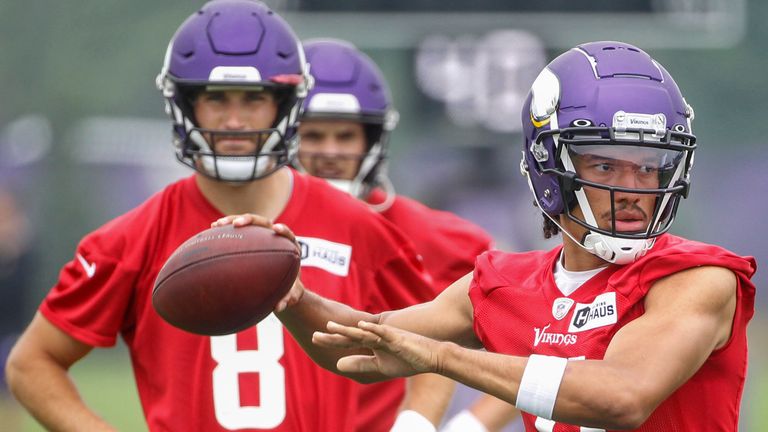 Also, third-year wide receiver Bisi Johnson is out for the season after tearing his ACL in Friday’s practice, NFL Network reported.

The Vikings did release a statement on the situation but did not name specific players.

“Due to the NFL-NFLPA COVID-19 protocols, multiple players will be held out of tonight’s practice inside TCO Stadium,” the team said in its statement.

“We will share further updates as they become available in the coming days.”

According to NFL rules related to COVID-19, any players or staff who have been vaccinated are not considered high-risk close contacts.

College football coaches’ bonuses in COVID pandemic: Who’s getting paid, who’s not and who might