The 49ers announced on Thursday evening that they are in fact rolling with a backup quarterback as their starter on Thursday night, going with Nick Mullens under center thanks to an injury that is keeping C.J. Beathard from gripping a football.

This begs the question, who is Nick Mullens?

First, from the team:

Mullens is a second-year quarterback, having been snagged by the 49ers as an undrafted free agent out of Southern Mississippi. He’s bounced around on the 49ers practice squad a bit before Jimmy Garoppolo tore his ACL, at which time John Lynch and Kyle Shanahan promoted him to the active roster.

Mullens did attempt a lot of passes in college though, throwing 1,546 times over four years with Southern Miss. His best season was 2015, when the Golden Eagles went 9-5 and he threw for 4,476 yards and a beastly 38 touchdowns.

Mullens is under center for Beathard, who was under center for Garoppolo, because the original backup is dealing with a hand injury. Shanahan said all week long he was going to be a true 50-50 proposition for this game because of his situation. And it turns out that he’s unlikely to play, but it’s worth noting Beathard is actually expected to be active for the Thursday night game, just in a backup role.

The 49ers also cut Tom Savage before the game, indicating Beathard would indeed be good to go. 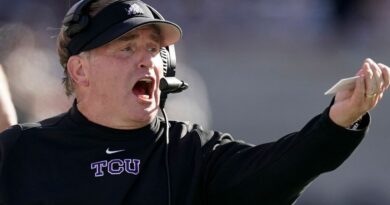