Just in time for the latest installment of the Duke-North Carolina college basketball rivalry, Nike has unveiled new throwback uniforms the two teams will wear in Saturday's game in Chapel Hill that harken back to their first meeting 100 years ago.

In a press release, Nike says the jerseys are "characterized by the program logo and are absent of numbers, mirroring the teams' 1920 look."

The Twitterverse doesn't seem overly impressed by the new unis — with responses to the uniform photos referencing "4th grade rec teams jerseys," "practice jerseys" and a "preseason scrimmage." Although someone did find a photo of what appears to be the 1920 Tar Heels' team photo that suggests the throwbacks are at least somewhat historically accurate.

Damn they really do look like the 1920s jawns pic.twitter.com/rZjoQkk89p

No. 7 Duke takes an 18-3 record into the Dean Dome on Saturday to face an unranked and 10-12 North Carolina squad.

Thanksgiving NFL viewer’s guide: Everything you need to know about Thursday’s games 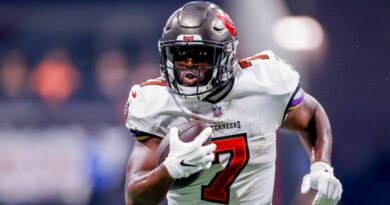 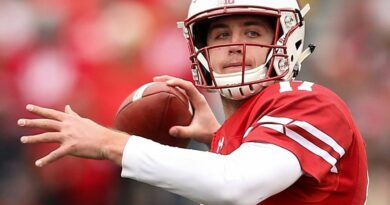 Notre Dame to start Coan at QB vs. Florida State