George Kittle is set to make his 2022 season debut in prime time.

After missing the first two weeks of the season with a groin injury, Kittle does not have an injury designation for Sunday’ night’s game versus the Denver Broncos and is set to return to the field.

Head coach Kyle Shanahan told reporters there will be no restrictions for Kittle, who will be back just in time for Jimmy Garoppolo’s 2022 starting debut at quarterback.

Kittle was questionable each of the first two weeks, but practiced just once in that span. This week, Kittle was a full go on Friday after he was limited on Wednesday and Thursday. 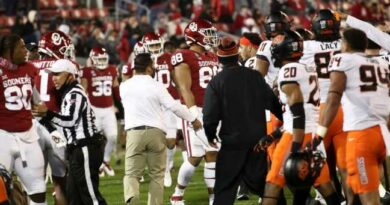 The ultimate guide to the wildest moments ever in Rivalry Week