LEXINGTON, Ky. — Kentucky football’s dream season turned into a nightmare for at least one afternoon.

Playing for the SEC East title, Kentucky’s No. 1 ranked scoring defense finally faltered in a 34-17 loss to Georgia.

The victory by the Bulldogs clinched a trip to Atlanta for the conference title game on Dec. 2.

D'Andre Swift was the offensive start for Georgia with 156 yards and two touchdowns on 16 carres. Elijah Holyfield added 115 yards on the ground as the Bulldogs outrushed Kentucky 331-84.

"Definitely was not our best effort," Kentucky coach Mark Stoops said. "It was not for a lack of trying … Did not execute at times. At times we got out-manned. We missed more tackles than I can remember. Didn't execute a few things, but you've got to give them credit."

Kentucky trailed by 11 at halftime, but Georgia quickly blew the game open in the third quarter.

On the first possession of the second half, Georgia marched 78 yards on nine plays for a 21-3 lead with a 4-yard run from Holyfield.

The drive was boosted when Kentucky senior safety Darius West was ejected for targeting on a hit to Swift as he was being wrapped up by Jordan Jones at the line of scrimmage on a second-and-9 carry. The penalty advanced the ball to the Kentucky 14-yard line, and Georgia pounded the ball into the end zone with four consecutive runs.

West will also have to sit out the first half of Kentucky’s game at Tennessee next week. Kentucky offensive guard Bunchy Stallings was ejected later in the third quarter for contacting an official.

A Wildcats three-and-out followed before Swift took the second snap of Georgia’s ensuing drive 83 yards for a touchdown and a 28-3 lead with just less than eight minutes remaining in the third quarter.

After falling down by 25, Kentucky’s offense finally found some life with consecutive touchdown drives sandwiched around a Georgia field goal to pull within two touchdowns with 9:01 remaining.

Georgia ended any lingering hopes of a Kentucky comeback with a 38-yard field goal for a 34-17 lead with 3:32 remaining.

Kentucky entered the de facto SEC East title game having failed to score more than 15 points in its last three games. Stellar defensive work had kept the Wildcats in those games though with an overtime loss at Texas A&M the only blemish on the win-loss record. 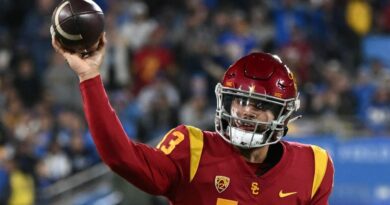