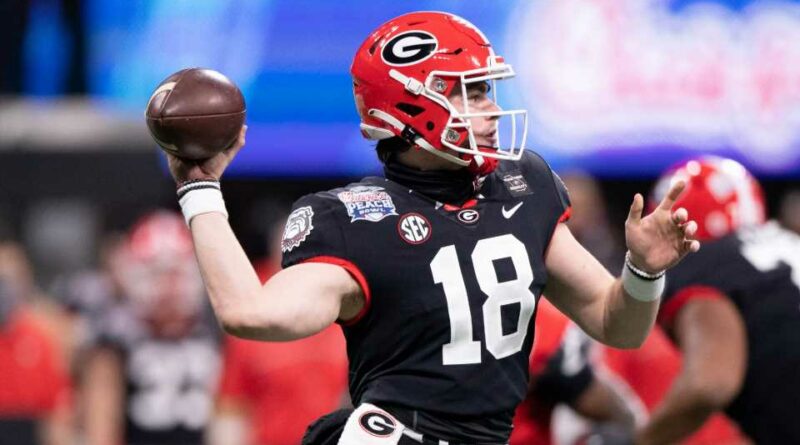 JT Daniels offered his thought process when the time came to make a decision to transfer from USC in 2020.

There was no reason to turn Georgia down.

The junior quarterback’s assessment of the program is spot on. Coach Kirby Smart has maintained a top-five program through elite recruiting and on-field production since taking over in 2016.

In any other conference, that would be more than enough. Georgia, however, technically slid a half-step backward in the SEC in 2020. Florida won the SEC East for the first time under Dan Mullen. Alabama won another national championship.

Georgia is still the blue-blood on the national title clock, one that has been ticking since 1980.

Daniels, whether he knows it or not, is the key piece for Georgia going from No. 5 — where the Bulldogs sit in SN’s Preseason Top 25 — to that long-awaited perch at No. 1. Daniels has a philosophical take on those preseason prognostications that isn’t what you’d expect.

Of those five schools, Georgia has the second-best average recruiting class ranking according to 247Sports.com in the last five cycles, too. Alabama, of course, is No. 1.

Smart has made Georgia a cool place to be, and not just because he name-dropped rapper Quavo, an Athens, Ga., native, as someone who he texts with when it comes to Name, Image and Likeness. Georgia should continue to be a destination for top-five recruiting classes.

“You think back to the likes of Hines Ward or Champ Bailey at the University of Georgia. A.J. Green and Todd Gurley,” Smart said. “What they would have been able to do with NIL. These young men and women have earned this opportunity. We are excited for them.”

Will Smart bring home a national championship in the next decade? He’s among three best bets to win their first along with Oklahoma’s Lincoln Riley and Ohio State’s Ryan Day, but there are challenges. Smart is 5-1 against Auburn and 4-1 against Tennessee, but he’s 3-2 against Florida and 0-3 against Alabama. Plus, this year the Bulldogs open against Clemson in the biggest September matchup of the season.

It’s a long road from No. 5 to No. 1, and Daniels is the key to making up that ground.  Daniels did not play in the losses to Alabama and Florida last season. He won all four starts at quarterback one he took over, and another offseason with offensive coordinator Todd Monken should help.

“The two guys that were the last two years’ national champions; they were really good quarterbacks. They were great decision-makers. They were actually better athletes than people give them credit for. The decision-making process, TD-to-interception-ratio, protecting the ball, using the playmakers around them. JT has those skill-sets.”

Perhaps there is not a more important player as Smart embarks on Year 6 in Athens. Jacob Eason, Jake Fromm and Daniels have been solid quarterbacks, but Georgia transfer Justin Fields totaled 63 TDS and nine interceptions in back-to-back CFP appearances for Ohio State the last two seasons.

Georgia is loaded. Georgia is a top-five program. Smart can name-drop Quavo, but he takes a transcendental view when looking at the big picture when it comes to dealing with those national championship-or-bust expectations. 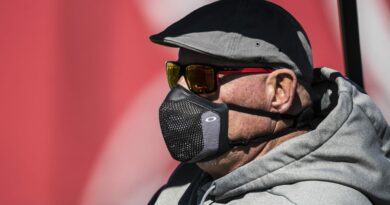 Bruce Arians 'wouldn't be against' Buccaneers drafting a QB