FRISCO, Texas — As Dallas Cowboys running back Ezekiel Elliott looks to correct an issue that has led to four lost fumbles in six games, he has studied every fumble he has ever had.

“I just think I need to not put myself in vulnerable situations. I’ve just got to lock in and focus,” Elliott said. “I don’t think there’s a specific answer. All I can do is give myself, watch as much film as I can, gather as much information as I can and try to use that to help me. But I don’t think there’s an exact answer on how to fix these fumble problems I’ve had this year.”

Elliott has lost four fumbles after losing just five in the first four years of his career, and his giveaways this season have accounted for 28 points by the opposition. According to ESPN Stats & Information research, Elliot has more fumbles lost in 133 carries than all nine of the NFL’s other top 10 rushers combined in 1,104 touches (three).

Coach Mike McCarthy said giving up production for ball security might have to be more of an option for Elliott instead of straining for extra yards. Elliott accepted blame for Monday’s loss to the Arizona Cardinals in the locker room after the game and publicly with the media.

Players go through numerous ball security drills in practice. The message hits home with coaching points in videos twice during the week.

“I mean, he’s been carrying the football probably his whole life, so his instinct and awareness, I would definitely classify him as very high in that category of all the running backs I’ve been around in my career,” McCarthy said. “But I think what’s most important of this tough moment we’re going through with our turnover ratio is to recognize the importance he places on himself. … He knows how to carry the football, he understands the points of pressure and we have video of everything we do.

“At the end of the day, it’s the focus. We have to get it done. I don’t know how many different ways I can continue to talk about it. We all understand the impact it’s had on the outcome and path in games we’ve been involved in. So we need to take care of the football, and we need to start winning these turnover battles week in and week out.”

The Cowboys have 15 turnovers on the season and are a league-worst minus-12 in turnover differential.

“We just have to move forward, period,” Elliott said. “We can’t really sit here and worry about things we can’t change. I’m not going to be able to change the amount of times I put the ball on the ground this year. That’s not going to change at all. What I focus on, what I can control is my play from here on out, so I’ve got to put that behind me, and I can’t sit back and think about that and let that affect my play going forward. I got to go out there and play a lot better football than I’ve played.” 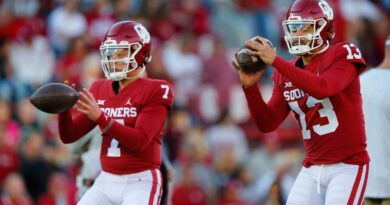 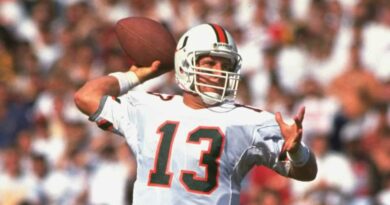 7 worst Heisman Trophy races of all time, from Mark Ingram to Gino Torretta