Home » NFL » Not one ‘Jeopardy!’ contestant could answer this Andy Reid question 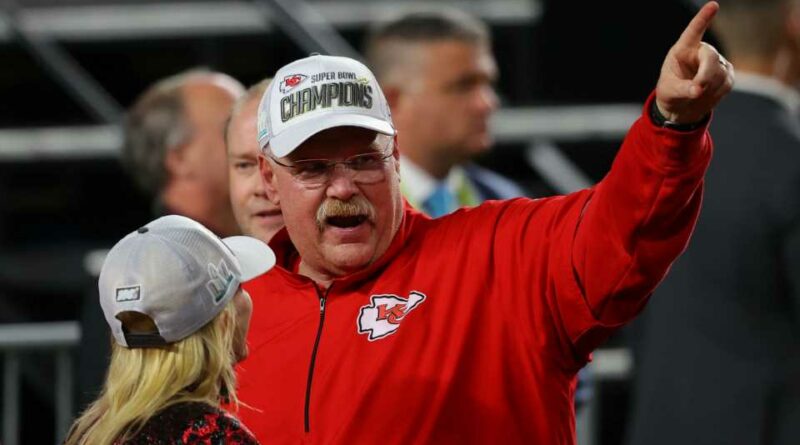 Coming up small on “Big Red.”

“Jeopardy!” contestants don’t exactly have the most glowing reputation when it comes to sports-related questions, with the late, great Alex Trebek roasting participants once before for a big o-fer on a category.

Well, the tradition continued on a Katie Couric-hosted episode on Tuesday night, with contestants missing out on a football question once again, this time with Chiefs coach Andy Reid the correct answer.

The clue: “After 21 seasons as a head coach, in 2019, this Kansas City Chiefs leader finally got to enjoy the last game of the season.” The hint even came with a photo of Reid. Not one of the three contestants buzzed in with the answer for the $1,200 question: Who is Andy Reid?

Maybe the clue was a bit misleading, considering Super Bowl 54, Reid’s first championship win, actually took place in 2020 and not 2019, though it was the 2019 season. (Or maybe we’re just giving them too much of the benefit of the doubt.)

Regardless, Reid certainly is a bit more of a household name than your average NFL coach, and is in the record books as one of the winningest coaches of all time. A second consecutive appearance in the Super Bowl should have helped the recognition there.

Reid does look a bit different without a hat, though.

Patriots' dominance on display ahead of Antonio Brown's arrival