Notre Dame and Navy will take their rivalry to San Diego for a special edition of the series, now in its 92nd consecutive season. While the Irish are in the midst of a potential College Football Playoff run, the Midshipmen are reeling, losers of four straight and now 2-5 with two ranked teams left on the schedule, Notre Dame and UCF. Brian Kelly is 6-2 against Ken Niumatalolo, and the Irish enter the game not only undefeated but as heavy favorites in the game.

Notre Dame: A narrow come-from-behind 19-14 win against Pitt was hardly what Notre Dame fans expected the last time out, but after an off week the Irish hope to find an offensive spark that was lacking in the tough, low-scoring victory. That group had previously taken a huge step forward with Ian Book at quarterback, and the Pitt game was the first time we had really seen the offense struggle to score since he was named starter. This is the start of the season-defining stretch for the Irish, with a road game at Northwestern and then the home finale against Florida State in the next two weeks before another neutral site game against Syracuse in Yankee Stadium on Nov. 17. After that is the regular season finale at USC, the last chance for the Irish to make their case to the College Football Playoff.

So it would be encouraging for Notre Dame’s playoff chances to see Ian Book and the offense fall back into a good rhythm. The Irish defense has been solid enough all year to think we’re already headed for a special season in South Bend, but being able to move the ball and score effectively is going to be a big key in running the table the rest of the way.

Navy: The Midshipmen need to get right, and unfortunately they’re in the midst of a four-game stretch where the opponents combined record is 26-2. Malcolm Perry got banged up in the 49-36 shootout loss at Houston, and the Irish have had an extra week to prepare for Navy’s offense. It’s tough to imagine Navy having much success — though if you are looking for a trend that could favor the out-of-nowhere upset, eight of Navy’s 13 wins in the series have come at neutral sites — but there is going to be plenty to build on for the rest of the AAC schedule after going up against one of the best teams in the country. A strong performance from Navy’s defense would be very encouraging, particularly considering the high-flying UCF Knights are coming right around the corner.

That’s too many points for a rivalry game. I think Navy shows up big in San Diego, keeps it close early and hangs on for the cover. Pick: Navy+23.5

What college football picks can you make with confidence in Week 9, and what title contender will go down hard? Visit SportsLine now to see which teams are winning more than 50 percent of simulations, all from a proven computer model that has returned over $4,000 in profit over the past three seasons. 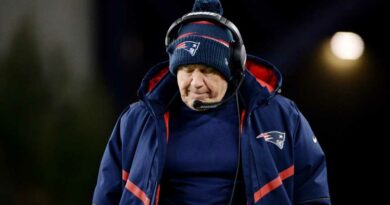