Ohio State coach Urban Meyer shared details Tuesday of his battle with a brain cyst that has left him with severe headaches.

The 54-year-old coach has appeared to have a pained look on his face at times this season, and earlier this month dropped to his knees on the sideline during the game against Indiana.

Meyer, who had brain surgery in 2014 to relieve fluid collection caused by a congenital arachnoid cyst, says the issue has flared up in the past two years. He told Cleveland.com and a couple of other reporters Tuesday he deals with regular headaches that happen when he gets aggravated, whether during a game or at home.

But he said he wants to continue coaching.

“I am fully committed to Ohio State and the football program for as long I can,” Meyer said.

Ohio State suspended the veteran coach for the first three games of this season after an investigation found he mismanaged a situation involving former assistant Zach Smith, who was accused by his wife of abuse.

But since his return, Meyer has looked anguished on the sidelines at times, and rumors had been swirling that he planned to step down at the end of the year. He disputed those rumors at a media conference Monday, saying, “I plan on coaching.”

Now it appears Meyer’s health is an issue.

“The past four years, we’ve been working closely with Coach Meyer to monitor and manage the symptoms that have risen from his enlarged congenital arachnoid cyst,” Dr. Thomas said. “This includes aggressive headaches, which have particularly flared up the past two years.”

Meyer said he’s managing his condition with daily medication. He says that while his situation is serious, Ohio State is his dream job and he wants to continue coaching.

“I put my life into this job,” Meyer said. “I love Ohio State and I grew up a Buckeye, and I’m 100 percent committed to Ohio State and putting our players in the best position to win games and doing right by Ohio State.” 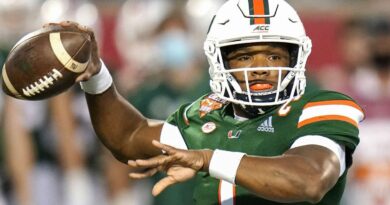 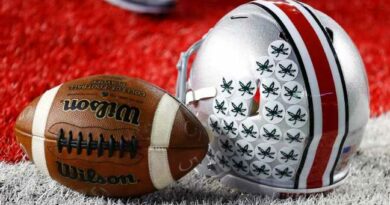