Home » Opinion: QB Davis Mills needs time, stability to reach potential, and he won’t get it with Texans 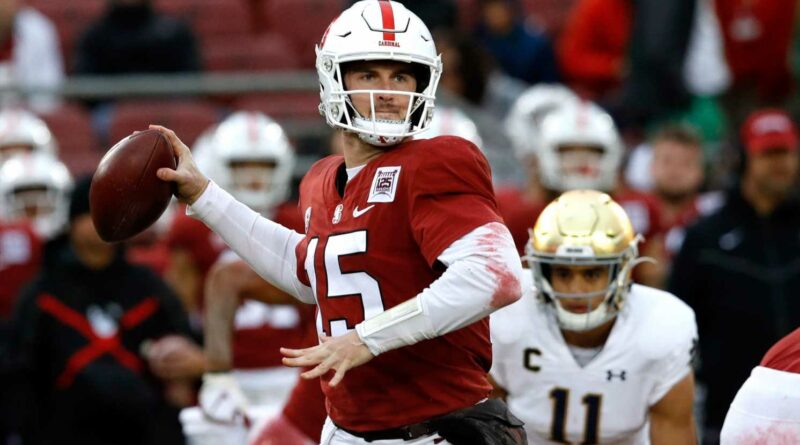 Idle for a whole night-and-a-half because of the sins of the past and with great uncertainty looming over the most important position, the Houston Texans finally went on the clock Friday night in the NFL draft and took a flier on Stanford quarterback Davis Mills.

The selection adds another body to a position group that features a massive hole thanks to Deshaun Watson's career uncertainty amid ongoing legal battles. Twenty-two women have filed civil lawsuits against Watson, accusing him of sexual misconduct.

But if you believe the Texans have solved their quarterback quandary, think again.

Houston has its contingency plan in place, having signed journeyman Tyrod Taylor in free agency and with Mills now in the mix. But the tandem essentially equates to a Band-Aid.

Taylor, a 10-year veteran with three seasons of starter experience, is a logical bridge quarterback. But durability is rarely on his side. An injury limited his tenure as a Browns bridge to just four games in 2018. He managed just one start last season with the Chargers before a freak incident sidelined him and opened the door for Justin Herbert to replace him as starter, and the rookie never relinquished those duties.

NFL DRAFT TRACKER: Analysis on every pick in the second and third rounds

Meanwhile, Mills comes to Houston as more of a mystery. He does boast good size at 6-3, 217 pounds, and he came out of high school as a heavily recruited prospect. At Stanford, Mills displayed promise as a passer and field general. But multiple knee injuries limited him to just 11 college starts, so he very much remains a project.

And if one were to select a prime NFL opportunity for Mills to succeed long-term, Houston would not top the list.

He offers intriguing upside, multiple NFL talent evaluators believe. Some say his potential tops that of Kyle Trask (drafted 64th overall by Tampa Bay) and Kellen Mond (taken 66th by Minnesota). However, to fully reach his potential, he will need time and stability.

There’s nothing stable about the Texans.

Over the last two years, then-head coach/GM Bill O’Brien stripped the roster of talented playmakers. Through a series of miscalculations and ill-advised trades, the Texans entered this offseason with no first- or second-round picks (which would have been premium selections given their 4-12 record in 2020) and a mess of a salary cap situation for new GM Nick Caserio and head coach David Culley to clean up.

And Mills may not have time on his side. Given Taylor’s durability history, Mills very well could wind up playing sooner rather than later, and sooner than he should.

The Texans seemingly have no choice but to turn the page on the Watson chapter, for multiple reasons. And after sitting out the first and second rounds of the draft, they used their first pick this year to attempt to do that.

But because of the mess created by years of ineptitude, the intriguing Mills may not even have a chance to truly succeed.

The Biggest Backer Of A New D.C. Stadium For Dan Snyder Appears To Be In Some Serious Shit