Home » NFL » Packers’ Aaron Rodgers: Every year other NFC North teams think it’s their year, that hasn’t been the case

With question marks surrounding the Green Bay Packers offense heading into the 2022 campaign, it feels like the prime chance for a rival to knock the Pack off the NFC North pedestal.

“All the other teams in the NFC North, it seems like every single year, I think their fanbase and their teams feel like, ‘This is our year to win the North.’ Hasn’t really been the case during my time, for the most part,” Rodgers said Wednesday.

The Packers have won three straight division titles, with Rodgers leading the way with back-to-back NFL MVP awards. But questions at receiver and injury concerns along the offensive line could leave the Packers vulnerable. Green Bay hopes sporting one of the best defenses in the NFL could help buoy the club until the offense gets back on track.

Green Bay kicks off its fourth consecutive season with a road opener (2-1 in the previous three seasons with wins over the Vikings and Bears and a blowout loss last season to the Saints).

With the Vikings projected as the mostly likely team to threaten the Pack in the NFC North, Rodgers isn’t surprised league schedule-makers pitted them right out of the gate.

“The NFL wants parity,” Rodgers noted. “That’s why the schedule is set up the way it is with the extra games being against, you know, division winners against division winners both in this conference and the other conference. And so that’s just the way it is. I think it’s good for the league because they want to see a turnover of teams. Also good for the league when the Green Bay Packers are playing well. We’ve played in some tough environments, this will be another one — good test.”

Week 1 is just one game of 17, but the winner of the Packers-Vikings matchup will get a jump start on the division race. 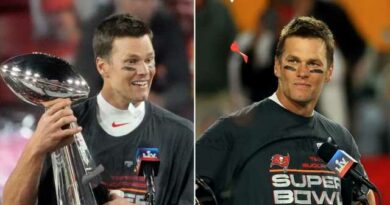