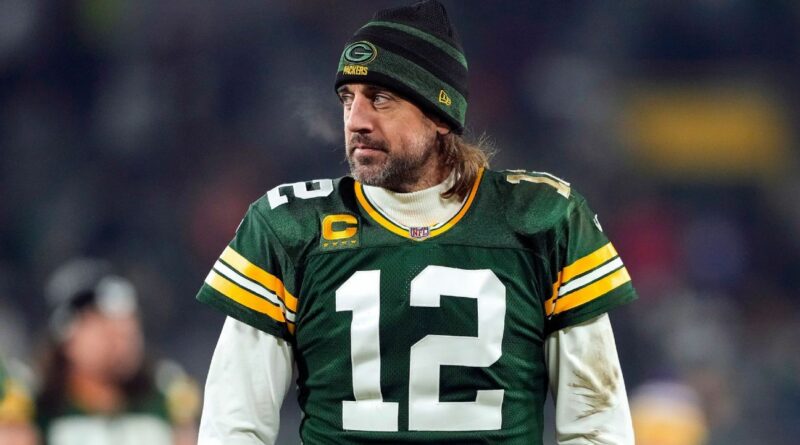 GREEN BAY, Wis. — When Aaron Rodgers returned to the Green Bay Packers last July from his offseason hiatus, both sides made it easier to separate this offseason based on adjustments to his contract. General manager Brian Gutekunst on Wednesday, however, said he never promised Rodgers he would trade him after the 2021 season.

So what will the Packers do if Rodgers decides he still wants to play in 2022 but not for Green Bay?

“Those are some hypotheticals that I don’t think we’re going to go down those roads right now,” Gutekunst said during a news conference intended to preview next week’s NFL scouting combine.

It has been widely believed that Rodgers and the Packers had a handshake agreement that if the reigning MVP still wanted out after the 2021 season they would trade him.

“That was not something I told him,” Gutekunst, who has full control over roster moves, said in a separate session Wednesday with writers who cover the team. “Again, I think the whole conversation with Aaron last season before he came back was that, regardless, at the end of this past season, that we would sit down as a group and we would work it out one way or another.”

It’s unlikely the Packers would play hardball and force Rodgers to play solely for them — and they certainly won’t release him and let him get away for free — but Gutekunst said he is not tempted to take a haul of draft picks for Rodgers and/or receiver Davante Adams, who is scheduled to become a free agent next month.

“Because I think we’ve got as good a shot as anybody to win a Super Bowl next year,” Gutekunst said when asked why he wouldn’t want to trade Rodgers. “He’s the MVP of the league. That’s our goal. I think we have an opportunity to do it right now. That’s why.”

While Gutekunst said the Packers “kind of wasted that opportunity” as the No. 1 seed in the NFC, he wouldn’t put the divisional round loss to the San Francisco 49ers on Rodgers’ performance. Instead, the GM pointed at the inability of other facets of the team to pick up for a substandard performance by another unit — in this case special teams.

It marked the second straight season that the Packers failed to make the Super Bowl as a No. 1 seed.

“We’re disappointed that we didn’t finish it off the last two years, but there’s no reason to think we can’t get right back there and knock on the door and get there,” Gutekunst said. “So, yeah, I think we’re full forward ahead.”

On Tuesday, Rodgers told The Pat McAfee Show that he still has things to think about before making a decision about an 18th season. Gutekunst, offering no hints as to whether he knew which way Rodgers was leaning, said he thinks “we’ll know here shortly” and that the team won’t pressure him into making that decision.

“That not a question I can answer for you,” Gutekunst said. “Obviously he’s going through his process. I think the one thing that I know for sure is Aaron takes this stuff very seriously. His performance and what he brings to our football team on so many different levels, he puts a lot into that and he knows how much work it takes during the offseason to prepare himself to give to our team what he does. So I think he’s going through his process right now to get himself ready to make sure he knows that he wants to do that because I don’t think it’s easy what he does to prepare for a season.”

In the meantime, the Packers are in somewhat of a holding pattern while they wait.

“Obviously everything around here kind of centers on the quarterback,” Gutekunst said. “It’s a big piece and a domino that kind of has to fall before we go down the other avenues. So it’s important as we go through this and the puzzle pieces we have to try to make fit. That’s the first one to go.”

They began the process of solving their salary-cap problem by restructuring the contract of defensive tackle Kenny Clark. The Packers created $10.892 million in cap space by converting part of Clark’s salary and all of his roster bonus into a signing bonus and then adding voidable years, a source told ESPN’s Field Yates. Even with that move, the Packers were still about $38 million over the cap for 2022.

And that doesn’t include Adams. The All-Pro receiver is a candidate for the franchise tag, which can be applied between now and March 8, but Gutekunst said he views that as a “last resort” and that both sides would prefer to get a long-term contract done.

Gutekunst also said the future of All-Pro outside linebacker Za’Darius Smith, who missed most of last season because of back surgery, is among the team’s “tough choices to make as we move forward.”

Smith has a salary-cap charge of $28.13 million — second-highest on the team to Rodgers.

Gutekunst said he is optimistic about the health of All-Pro left tackle David Bakhtiari, whose return from ACL surgery was complicated and eventually was stopped in the playoffs. “Long term, we feel really good about him as our left tackle,” Gutekunst said.

Veteran kicker Mason Crosby, who missed nine field goals and two extra points last season but has one more year remaining on his contract, could still be in the Packers’ plans, especially if Rodgers returns, Gutekunst said.

“For where our football team is, having a championship kind of kicker, a guy who can compete at that level, is important,” Gutekunst said.

The Packers have two other kickers — JJ Molson and the recently signed Dominik Eberle — on the roster. 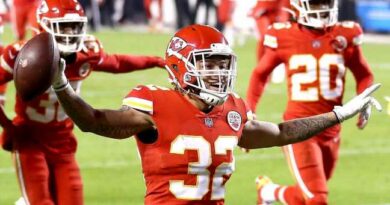 College Football Playoff Picture after Week 12: Four in and four out ahead of first rankings