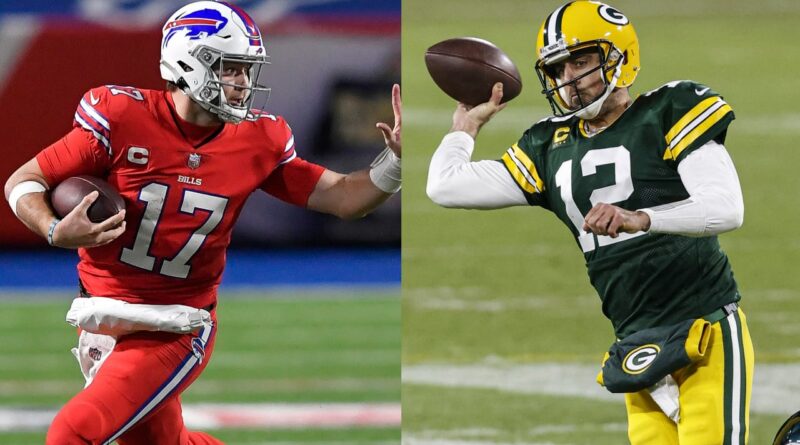 And the last month of the season was no different.

Allen and Rodgers were as efficient and excellent over the last month as they were throughout the 2020 regular season and for their efforts were recognized as NFL Players of the Month, as released on Thursday.

Rodgers and the Packers were a perfect 5-0 over the last month and earned the No. 1 seed heading into the NFC playoffs. During this span, Rodgers threw 15 touchdowns — and rushed for two more — while tossing just one interception and compiling a 131.9 quarterback rating. Rodgers, the NFC Offensive Player of the Month, was his pinpoint self, completing 111 of 145 attempts (76.6%) for 1,199 yards.

Allen, the AFC Offensive Player of the Month, led the red-hot Bills into the playoffs on a hot streak of his own. Over the last five games, Allen threw for 15 touchdowns, ran for two and has averaged 303.2 yards passing per game. Having suddenly become one of the more accurate passers in the game, Allen hit on 129 of his 184 passes (70.1%) for 1,516 yards and a 117.5 rating with just two picks.

Washington Football Team rookie defensive end ﻿Chase Young﻿ took home two honors for the month: NFC Defensive Player of the Month and Defensive Rookie of the Month. Ahead of his big playoff debut, Young had 17 tackles, three sacks, three tackles for loss, three passes defended, two forced fumbles and three fumble recoveries — including one he returned for a touchdown. The 2020 No. 2 pick has quickly become a game-wrecker for Washington.

While Young had two awards, so too did the Indianapolis Colts.

Colts defensive tackle DeForest Buckner earned AFC Defensive Player of the Month, while Colts running back Jonathan Taylor is the Offensive Rookie of the Month.

As the Colts pushed to the postseason, Buckner showed up in a huge way. Over the last month, Buckner produced 18 tackles, six tackles for a loss, two passes defended, a forced fumble and a whopping seven sacks.

Taylor was also crucial in Indy’s run to the playoffs. Over the last five games of the regular season, Taylor tallied eight total touchdowns, including eight on the ground. He rushed for 651 yards, averaging an outstanding 6.7 per carry. Added in were 10 receptions for 72 yards as Taylor averaged 144.6 scrimmage yards per game.

AFC Special Teams Player of the Month went to Las Vegas Raiders kicker Daniel Carlson﻿. He was a perfect 10 for 10 on field goals over the past five games and was 14 for 15 on extra points.

Chicago Bears kicker Cairo Santos provided stability and then some en route to garnering NFC Special Teams Player of the Month. Santos missed just one point-after attempt, going 16 for 17 and was an outstanding 12 for 12 on field goals.

What went wrong with NFL officiating in 2019 … and what comes next?