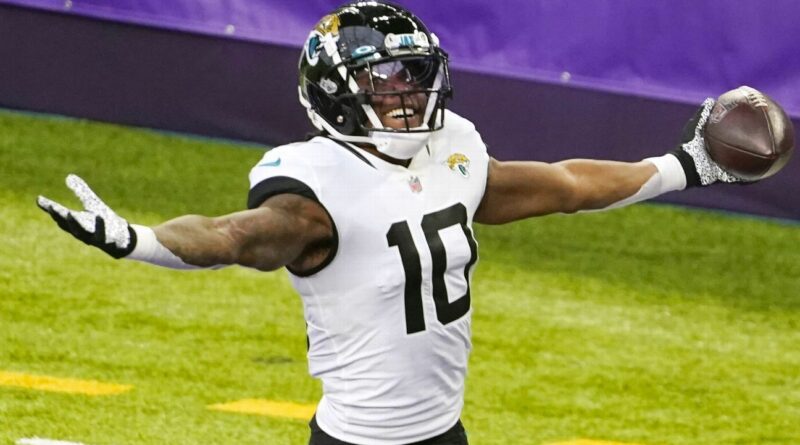 The trade was made 24 hours before NFL teams are required to get their rosters to 53 players. Carolina’s was down to 80 on Monday.

The Panthers appear set with their top four receivers in DJ Moore, Robbie Anderson, Terrace Marshall Jr. and Shi Smith, although injuries have been an issue for Marshall since he was selected in the second round last season.

Marshall did practice fully Monday, and made a big-time catch down the sideline that showed his speed.

The Panthers made the trade in part because offensive coordinator Ben McAdoo has a history with Shenault from his 2020 season in Jacksonville as the quarterbacks coach. Shenault also brings a different skill set from the other receivers in terms of his size (6-1, 227), physicality and ability to run block.

The Jaguars drafted Shenault 42nd overall in 2020. He has 121 catches for 1,219 yards and five touchdowns in two seasons.

He caught 63 passes for 619 yards last season, but he also had eight drops — tied for second in the NFL, two behind leader Deebo Samuel — and had issues with running the wrong routes.

Shenault tried returning punts in the spring, and worked out there during training camp and the preseason. He returned two punts against Pittsburgh in the preseason, muffing the first one and gaining 5 yards on the other.

Shenault had three catches for 25 yards in two preseason games. He is known more for his physicality than his speed. He ran a 4.58 40-yard dash at the NFL combine in 2020.

Jacksonville had some success giving him the ball in the backfield (132 yards on 29 carries). He just never became the big-play threat he was at Colorado.

The Panthers also are in the market for a kicker after Zane Gonzalez suffered a “significant” groin injury Friday night in their preseason finale. They worked out five kickers Monday.

Coach Matt Rhule said after practice he expects to sign a kicker in the next couple of days. He didn’t rule out that player coming from the Tuesday NFL cuts. 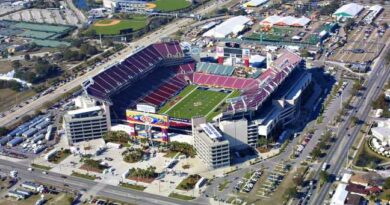