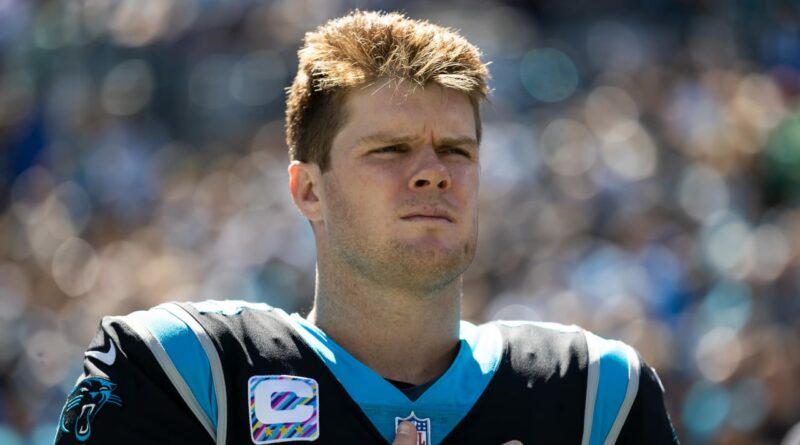 ﻿Sam Darnold﻿ is headed to injured reserve after suffering a shoulder injury.

Carolina Panthers coach Matt Rhule told reporters Wednesday that Darnold will end up on IR with a 4-6 week timeline on his recovery.

NFL Network Insider Ian Rapoport reported Tuesday that Darnold suffered a crack of the shoulder scapula in his throwing arm.

P.J. Walker will start at quarterback Sunday against the Arizona Cardinals. Walker has started one game in his career — a 20-0 Panthers victory over Detroit last year in Week 11 — in which he completed 24 of 34 passes for 258 yards, one touchdown, two interceptions and a 77.8 passer rating.

“You look at the second half, he obviously was playing with something,” Rhule said.

Darnold’s 71.3 passer rating this season ranks 31st among qualified QBs — only rookies ﻿Justin Fields﻿ and ﻿Zach Wilson﻿ have a lower passer rating entering Week 10. Through nine games, Darnold has completed 59.5% of his passes with seven touchdowns, 11 INTs (tied for most in NFL) with 6.5 yards per attempt.

With Darnold at the helm, the Panthers have lost five of their past six games after starting the season 3-0. The Panthers have recorded fewer than 200 pass yards in each of their last five games, the longest such streak by Carolina since Weeks 8-17, 2010. Darnold has recorded a sub-70.0 passer rating in five consecutive games, the first player to do so in a single season since ﻿Josh McCown﻿ in 2014 (min. 20 pass attempts in each game).

The Panthers picked up Darnold’s fifth-year option earlier this year, guaranteeing him $18.858 million in 2022. 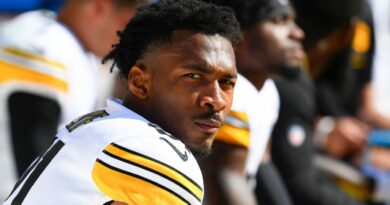