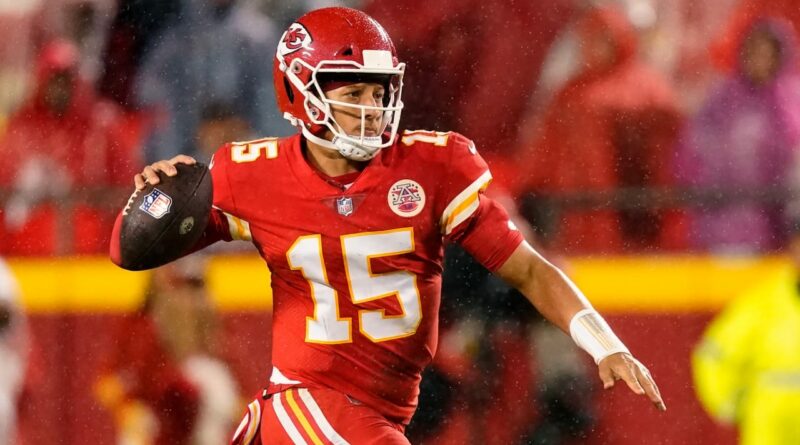 The Chiefs have a few problems, but in order to address a problem, one must first acknowledge it.

Patrick Mahomes doesn’t seem to have reached that point yet. Kansas City has clear defensive issues, and as the Chiefs’ superstar quarterback, Mahomes is tasked with keeping his team in the game when it possesses the ball. He might be trying a little too hard, judging by his recent turnovers.

The Chiefs clearly aren’t as clean or efficient as they’ve been in recent years, at least not through five weeks. It might be an issue of working out offensive kinks, or in the case of Sunday night, inclement weather. Or maybe it’s a matter of Mahomes trying to heroically lead the Chiefs past their defensive shortcomings to victory.

“Not at all,” Mahomes said Wednesday, via ESPN. “We try to score every single time we touch the football. That’s how it’s been my entire career here, and that was the precedent that was set before I even started here.

“That’s kind of how I have my mindset going into every single game is that, when we get an opportunity to go out there and have success and be successful, we have to capitalize on that. It has nothing to do with whatever is happening on the other side of the ball. It’s just our job as an offense on this team.”

Actions that have come so easily to the Chiefs in the past haven’t been as simple this season. Some are wondering whether the rest of the league has caught up to the Chiefs. The better possibility might be that Mahomes isn’t playing within himself.

Mahomes didn’t fumble away the Chiefs’ final chance to win in Baltimore in Week 2. That error came from Clyde Edwards-Helaire﻿. And Mahomes didn’t have control of the hands through which his pass traveled into the arms of Bills defensive back ﻿Micah Hyde﻿, who returned the intercepted pass for a touchdown. Those hands belonged to ﻿Tyreek Hill﻿.

But there’s certainly something off with the Chiefs through five weeks. They’re 2-3 and rank 26th in interception rate and 31st in turnover differential (-7). Their defense is the second-worst unit in the entire NFL in terms of yards allowed per game, and dead last in points allowed per game at 32.6.

That number — 32.6 — is a lot for any offense to overcome. It’s also a lot of weight to carry onto the field every week. But there’s only one way out of this dark period for the still-dangerous Chiefs: By sticking to their guns.

“You don’t want to lose yourself. You don’t want to lose things that you’ve done so well so long,” Mahomes said. “But at the same time I’ve got to make sure I’m firm with the fundamentals and make sure I stay within the pocket. It’s the same thing every year when you kind of see me get a little off. You’ve got to go back to the basics and make sure I perfect those things, and then I think everything else will come along with it.”

Time will tell if this ends up being true. Regardless, it’s their best chance of victory. 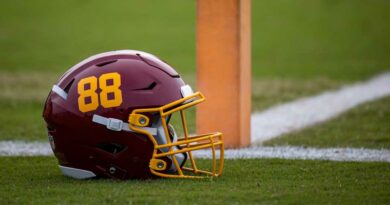