Home » NFL » Patrick Mahomes: With toe 'feeling great,' Chiefs ready to 'make a run at it and win the Super Bowl' 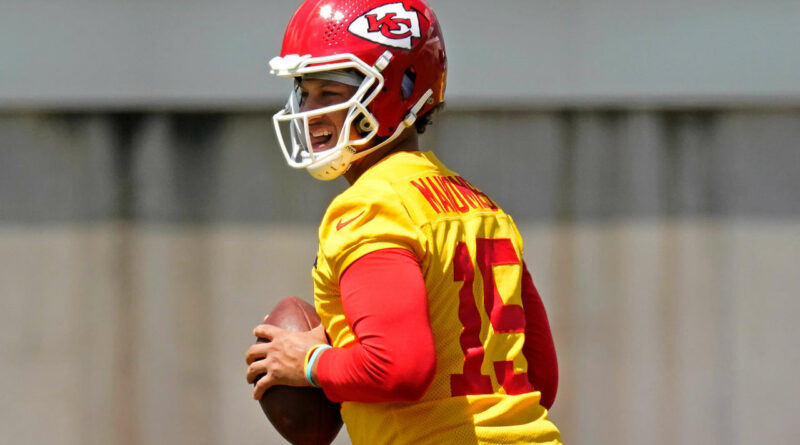 The toe injury that ruffled Patrick Mahomes’ postseason run is well in the rearview as we await Kansas City Chiefs training camp later this month.

After undergoing toe surgery, Mahomes participated in the Chiefs’ offseason program, indicating he was on track to be fully healthy come Week 1. In June, the MVP signal-caller noted that he still had rehab work to do, but could have played a game if necessary.

“The toe’s feeling great,” he said during an interview with NFL Network’s Patrick Claybon airing Thursday on NFL Total Access. “I’m out here playing golf, being able to walk around the course. I’ve been running, cutting, jumping, throwing, doing it all. So I’m just excited to get back to training camp and have another chance to make a run at it and win the Super Bowl this year.”

Mahomes suffered the toe injury during the Chiefs’ playoff run and underwent surgery in the ensuing weeks. He shed a walking boot during the spring and participated in the club’s mandatory minicamp in June. There have been zero hiccups along the way.

The Chiefs made back-to-back Super Bowls, winning in 2020 and losing this February. Aside from doing rehab, Mahomes said this offseason isn’t much different than how he’s approached every year.

“It’s different in the sense that you don’t have the parades and all that different type of stuff,” he noted. “But I think the beautiful thing about the NFL is every single year, you start from scratch. You have to come in, you have to put in the work to try to get to the big game and try to win it. And so for us, win or lose that Super Bowl the last two years, we still have that same mentality of we’re going to start from scratch and build and try to find a way to get back to that game.”

With a revamped offensive line in front of Mahomes and most of the key pieces returning, the Chiefs should be the favorites out of a top-heavy AFC entering the season. With a healthy Mahomes, another Super Bowl appearance is possible. But with rivals across the AFC improving — from Buffalo to Tennessee to New England to L.A. — the QB knows it’s not a given. Postseason runs are earned.