With the NFL's Oct. 30 trade deadline closing in, one of the league's prized defenders is seeking for a fresh start with a new team.

Cornerback Patrick Peterson has asked the Arizona Cardinals for a trade, a person with knowledge of his thinking told USA TODAY Sports. The person spoke on condition of anonymity due to the sensitivity of the situation.

ESPN's Adam Schefter was the first to report the news.

First-year coach Steve Wilks said in a news conference Monday that Peterson had not told him he wanted a trade, though the two planned to talk later.

Peterson has been frustrated with the direction of the franchise after missing the playoffs the past two seasons and starting this year 1-6.

He had told members of his inner circle about his frustrations with the Cardinals and been mulling a potential trade request dating back to before the NFL scouting combine in February.

Peterson, a three-time all pro, has been voted to the Pro Bowl in each of his previous seven seasons.

After a Week 6 loss to the Minnesota Vikings, Wilks responded to an inquiry about trade rumors surrounding Peterson by saying, "I don't respond to things that are ludicrous."

Peterson has two interceptions this season. He has two years remaining after 2018 on a five-year, $70 million contract.

Cowboys give Mike McCarthy a vote of confidence: ‘There will be absolutely no change’ at head coach 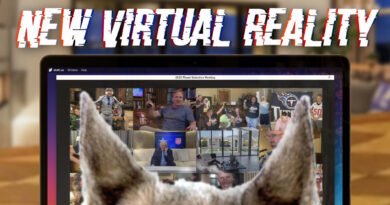 The untold stories of the NFL's 2020 Virtual Draft