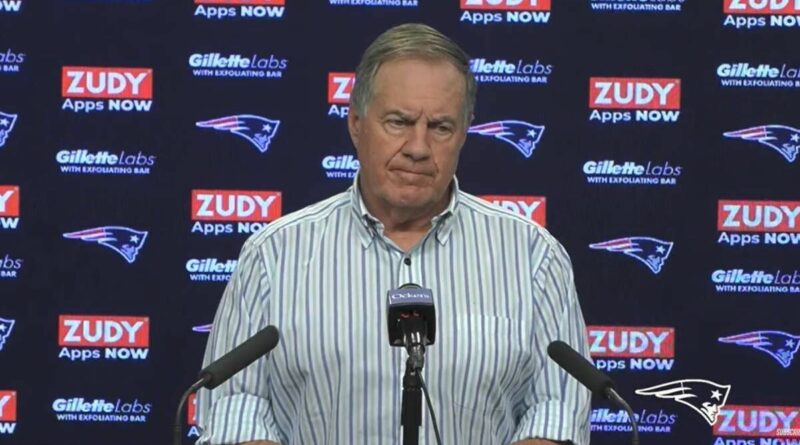 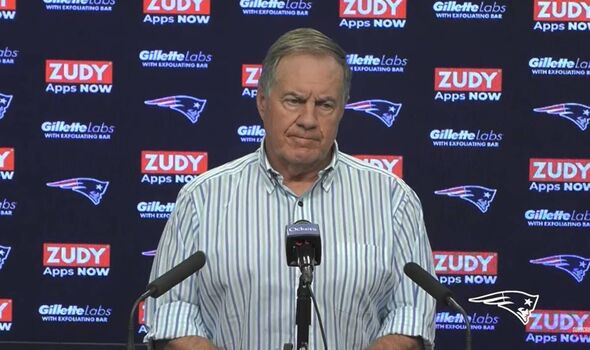 The New England Patriots take on the Buffalo Bills to cap off the NFL regular season on Sunday, but after Damar Hamlin’s cardiac arrest on Monday, the game is not at the forefront of anyone’s minds. The Bills cancelled their media duties following the events that took place on Monday, but Patriots head coach Bill Belichick used his air time to speak about Hamlin.

Belichick showed his class by responding to the ‘chilling’ events that took place on Monday night, stating that life is ‘bigger than the game’.

During the first quarter of Monday’s clash between the Bills and the Cincinnati Bengals, Hamlin suffered a cardiac arrest after taking a hit from Tee Higgins. The game was suspended as Hamlin received on-field treatment, and later postponed as a result.

The Bills have since offered an update on Hamlin’s situation, confirming that he’s making ‘improvements’ despite remaining in critical condition. Media duties continued as normal for the Patriots, who are preparing to face the Bills on Sunday, but there was only one talking point on Belichick’s mind.

“On a personal level, I don’t normally watch the Monday night game,” Belichick said. “I might randomly flick through it or whatever. But because we’re playing Buffalo on a short week I happened to have it on.

“When I saw the situation it reminded me very much of what I experienced when I was with the Jets in 1997. We played the Lions in the last game of the year and Reggie Brown was injured. It was kind of a normal play, Adrian Brown carried the ball and was tackled, everyone got up, went back to the huddle, and Reggie played on the floor and didn’t move.

“He was unconscious for quite a while. Ten minutes or something like that. The whole process took a long time, maybe half an hour while he was given CPR and revived, and then put on the board and in the ambulance, driven off the field at the Superdome.

“That looked a lot like Monday night with the prayers, the kneeling and so forth. It was a very chilling game, one that I’ll obviously never forget. I’ve been to a lot of games but there’s a moment that sticks out, that’ll be one of them.

“Fortunately Reggie has done pretty well with the emergency surgery they did and the brace he wears he’s not wheelchair-bound. A very tragic scene, one that – not that I have all the answers, because I certainly don’t, but I was there and experienced that, and I have some sense of what the players and teams went through on Monday night. Like I said, you never forget it. Again, on a personal level that’s where I was on that.

“Everyone else is probably doing the same thing, from whatever perspective they have on it. Again, from talking to different people in this league or have experienced something like this, they’re all different, I’m not saying anything is the same, but it’s just a very… there’s no easy answer to it.

“We just deal with it the best we can with the resources we have in this organisation for everything that will go along with us are available to all members of the organisation… I think that’s the case with everyone I’ve talked to on other teams and their perspective too.

“Life’s bigger than this game. That was a humbling moment for all of us that stands out. As a coach, it’s different and I’ve expressed this to the players multiple times but the respect I have for them and what they do, how they do it, is immense.

“I’m proud to coach the players I’ve coached here and everywhere else. I respect them for what they do and how they do it. I always try to the best of my ability to prepare and coach the players, and we as an organisation, it’s the coaching staff, not a personal thing, all of us, we try to do the same thing in terms of instructing players, instructing techniques, training, preparation to play in the best and safest way possible.

“I don’t know what the results of that are, I don’t know if that’s prevented things. Hopefully it has. I know there are instances where things a certain player or a certain thing was happening was corrected as not being safe, the players recognised that.

“There’s nothing more important than the health and safety of our players. I respect what they put into this, and as a coach that’s not something I ever think about, I’m not gonna get hurt during a game. The players, it’s different, they walk out there and put the equipment on there and it’s a contact sport.

“What they and their families deal with as participants deal with is different to what I do as a coach, I respect that and appreciate that and try to do the best I can to make the right decisions and coach them in the best way I possibly can. I’ll end it there.” 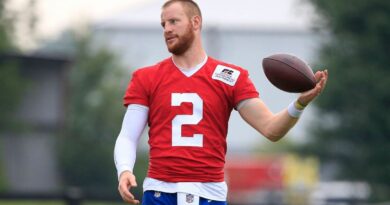