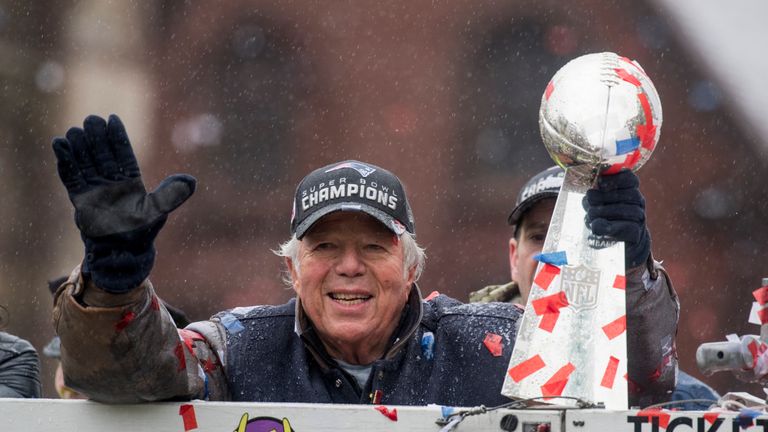 New England Patriots owner Robert Kraft’s Super Bowl LI championship ring was auctioned off for $1.025 million on Thursday, with proceeds going towards the ‘All In Challenge’ which aims to feed those in need during the coronavirus pandemic.

The winner, whose identity was not disclosed, will be flown to Boston on Kraft’s private jet and taken to the Gillette Stadium, where he will receive the customised ring from the Patriots owner.

The ring contains 283 diamonds as a tribute to New England’s comeback win against Atlanta Falcons in which Kraft’s side overcame a 28-3 deficit before clinching a 34-28 overtime victory in 2017.

“What could I do that would be special?” Kraft said while putting the ring up for auction.

Opinion: With no public events because of coronavirus, best NFL option for draft is going retro