The National Football Foundation announced the finalists for the Campbell Trophy on Wednesday, and eight FBS student-athletes are among the 13 players in the running for the award.

Penn State’s Trace McSorley, who leads the Nittany Lions into a showdown against No. 5 Michigan on Saturday, is among the players on that list. McSorley was Sporting News’ top-ranked quarterback heading into this season.

The Campbell Trophy is nicknamed the “Academic Heisman” for its recognition of academic success, football performance and community leadership. That would continue the tradition of the Campbell Trophy. Air Force’s Chris Howard won the inaugural award in 1990 and is now the president at Robert Morris and a member of the College Football Playoff committee.

Virginia’s Micah Kiser won the award in 2017 as part of a remarkable career off the field that continues today.

“My endgame is to eventually get back to athletic administration and hopefully be an athletic director,” Kiser told Sporting News. “I feel like that is the position I can have the greatest impact on people like me and student-athletes coming up who don’t really know what they want to do in life but they know they can play sports.”

The winner of the Campbell Trophy will be announced at the National Football Foundation Annual Awards Dinner in New York City on Dec. 4. 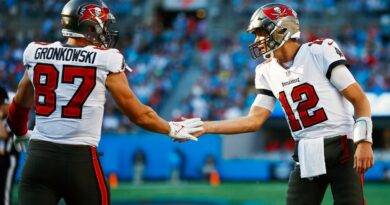 NFL playoff picture: Six teams are in — who will grab the final eight spots?