Cornell hosts Penn in a clash of teams looking to escape a logjam in the middle of the Ivy League standings. The teams face of Friday at 6 p.m. ET. The Quakers are 1.5-point favorites, with the over-under for total points set at 43. Each team comes in at 2-2 in league play, chasing unbeaten Dartmouth and Princeton. Friday’s showdown could go a long way to determining third place in the conference. Before you make any Penn vs. Cornell picks, you’ll want to see what SportsLine expert Mike Tierney has to say.

A national sportswriter whose work has appeared in the New York Times and Los Angeles Times, the veteran handicapper is a football expert, covering the college game of all levels up close for decades. It’s showing during his current 20-11 heater, piling up the profits to those following his picks.

Now he has studied Penn vs. Cornell from every possible angle and jumped all over one side of this spread. He’s sharing his pick only over at SportsLine.

Tierney knows Cornell has nowhere to go but up after suffering the program’s worst defeat since the 1800s. The Big Red were thrashed by Princeton, 66-0, their biggest defeat since falling 77-0 to Harvard in 1890. It was an anomaly for a Cornell team that had won three of four heading into the game.

Cornell’s offense is a symbol of balance, averaging 166 yards rushing and 165 yards passing per game. Ball control is its game — RB Harold Coles has 487 yards and four TDs, and Cornell has not lost a fumble all year.

Dalton Banks has completed 64.8 percent of his passes with six TDs and is one of three Cornell players with 40-plus rushing attempts. RB Karekin Brooks was named the Ivy League Offensive Player of the Week after rushing for 246 yards in a 13-7 win at Brown. It was Brooks’ third 150-yard rush effort of the season; he averages 113 yards per game and has seven TDs.

QB Ryan Glover has been consistent. Aside from the game at Brown in rainy conditions, the sophomore has completed between 12 and 16 passes each game on 20 to 31 attempts. He hasn’t thrown an INT since Week 3 and has seven total TDs.

Penn’s defense is its strong point, ranking in the top 20 nationally in points (18.7), yards (313.6) and passing yards (183) allowed per game. It’s led by senior LB Nick Miller, who has 64 tackles, four sacks and three forced fumbles.

Tierney has studied each matchup in-depth and is leaning toward the under on the total. But his most-confident pick is on the spread, identifying a critical x-factor that caused him to jump all over one side. He’s sharing what it is, and who to back, at SportsLine.

Who wins Penn vs. Cornell? And what critical x-factor makes one side of the spread a must-back? Visit SportsLine now to see which side you should jump on Friday night, all from a seasoned college football expert riding a red-hot 20-11 streak. 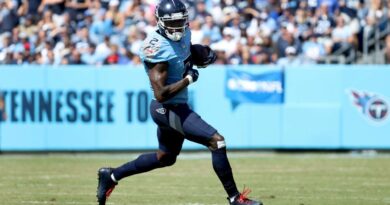 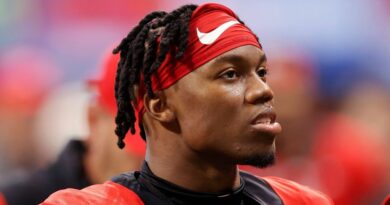