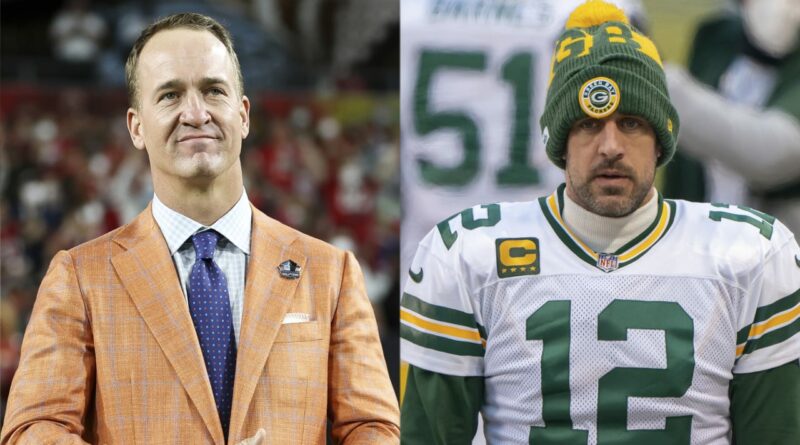 Denver resident Peyton Manning is headed for the immortality of Canton next month. He doesn’t see a future fellow Hall of Famer following in his Rocky Mountain footsteps anytime soon.

Manning appeared on MLB Network ahead of the 2021 Home Run Derby at Denver’s Coors Field on Monday and offered his thoughts on the ongoing Aaron Rodgers situation in Green Bay. After months of subtle rumblings linking Rodgers to a potential move to the Mile High City, Manning threw some snow on the subject when asked where he thought Rodgers might be going.

“Great question. Obviously, it’s the question of the summer here in Denver,” Manning said. “Obviously, I hope he plays somewhere this year. The fact that Aaron Rodgers might not play this year, I can’t fathom it. He’s too good of a player. Too fun to watch for the fans. I personally hope it’s in Green Bay. That’s what I see him as. I hope they can kinda make amends and work [it] out. That team is so close, if he were to leave there it’d be a major change, obviously, for them.

“My gut is he’s not coming to Denver. My gut is Denver’s gonna have Drew Lock or Teddy Bridgewater be their quarterback. At this point, you gotta kinda know what your plan is, you can’t be having a new quarterback three weeks before the season.”

Manning makes a great point at the end of his response: It’s difficult to get a new quarterback acclimated to a different offensive system with months of time available. It’s even tougher to do so in a month.

Even with Rodgers’ mastery of the position, establishing a rapport with new teammates would be a significant challenge. For the Broncos, they don’t exactly have that time to accomplish such a task, even if Rodgers would be a massive upgrade at the position and instantly vault the Broncos into the top of every news cycle.

Instead, we’re likely gearing up for what we’ve already been trudging through this offseason: Rounds of questions regarding Rodgers’ status, Green Bay’s thoughts on the matter, and whether they’ll find common ground. Rinse and repeat.

In the meantime, the Broncos have their own question to answer at quarterback, and it doesn’t involve Rodgers. It instead centers on an upcoming camp battle between Lock and Bridgewater, two signal-callers at different crossroads in their careers but both in need of decisive direction.

While Broncos fans will dream of No. 12 in orange and blue, the team will be closely evaluating the performances of the two signal-callers actually on their roster. And the Packers will be spending the summer attempting to mend fences with their NFL great while also preparing for a potential reality headlined by Jordan Love.