Home » NFL » Pick Six Podcast: Saints take mantle as top team in the NFC; where do Patriots rank in AFC?

The majority of Week 9 is in the books, with a fairly slow start to the week leading into an incredible pair of games between the Saints/Rams and Patriots/Packers.

Two questions stand out from the action … are the Saints the best team in the NFL now after toppling the Rams? And where do the Patriots rank in terms of the AFC hierarchy after knocking off Aaron Rodgers and the Packers?

To break it all down, Ryan Wilson, John Breech and Sean Wagner-McGough joined me on the Pick Six Podcast — it’s a daily football podcast and you should be subscribing to it right here:  via iTunes | via Stitcher | via TuneIn | via Google Play —  to answer those questions and break down every single game from the week that was.

We also take a look at Vance Joseph’s head coaching situation and much, much more. 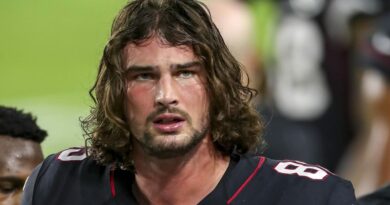