The Raiders and Bengals open the playoff weekend in what could be a high-scoring Saturday afternoon wild-card showdown. Those are always fun for DFS, but it can be tricky to configure the best lineup with so many guys that have real upside on the table. Our FanDuel single-game lineup will have some of the usual cast of characters, but we’ll also call on some boom-or-bust sleepers in others spots, perfect for GPP tournaments.

Here are the key scoring settings for FanDuel single-game contests: The point total for the “MVP” is multiplied by 1.5, but he doesn’t cost any additional money like the “Captain” in DraftKings Showdown contests. FanDuel’s default scoring is half-point PPR and four-point passing TDs, and there are no bonuses for 100/300-yard games like on DraftKings.

The last time we saw Chase play a full game, he exploded for 50.1 FD points. He’s a volatile receiver with as much upside as any player in the league, so he’s a perfect choice for our MVP pick. He’s sure to be a chalky selection here, though, so we’ll have to throw a few wrenches in our lineup to differentiate it a bit.

Burrow will also be chalky, but it’s hard to see a world where the Bengals win and Burrow isn’t on all the winning lineups. We’ve seen his upside of 500 passing yards and several scores, and even though he’s dealing with a minor knee injury, we’re not playing scared here.

Waller is also dealing with minor knee issues, and we hope that’ll keep a bunch of DFS players off of him. He played a season-low 78-percent of the Raiders’ offensive snaps last week, but he drew nine targets (third-most this season) against the Chargers in Week 18. That said, with another week to heal up, he could step back into the target-hog role he’s had for the past few seasons. Cincinnati has allowed the most FD points to TEs this year.

Burrow double stacks have made a lot of people money this season, and since we can’t really afford Chase and Tee Higgins, we’ll take Boyd alongside Chase. Boyd is averaging just over 15 FD points in his past three contests, and if this game turns into a shootout like expected, he has every opportunity to outproduce his price tag.

Jackson played a season-low eight snaps against the Chargers, but doesn’t this feel like the classic D-Jax long touchdown in a “prime-time” spot? Cincinnati will be focused on Waller and Hunter Renfrow, and all Jackson needs is a long touchdown to pay off here. The Bengals have limited deep shots this season, but playing in a division with Pittsburgh, Cleveland, and Baltimore has certainly helped their cause on the stat sheet. Las Vegas will have to stay aggressive to keep up in this high-scoring affair. 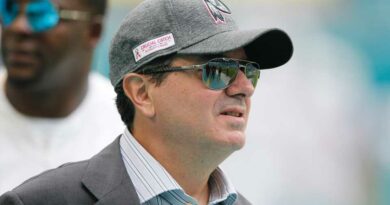 Sam Ehlinger, now Texas’ unquestioned leader, ready to back up Longhorns hype in 2019