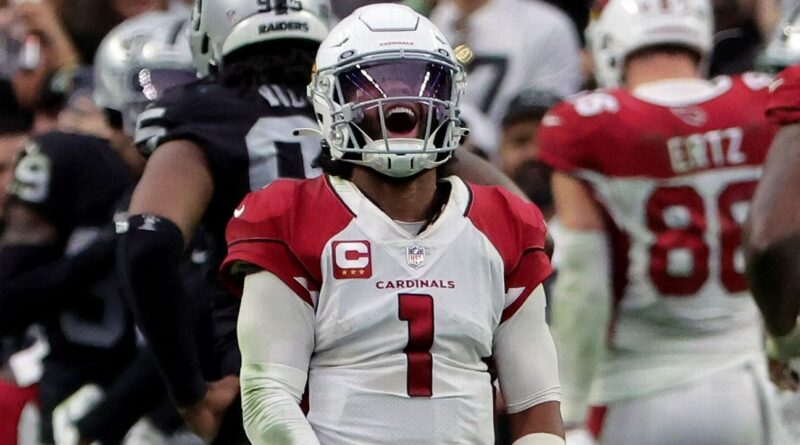 Murray was high-fiving front-row spectators at Allegiant Stadium following Byron Murphy Jr.’s game-ending fumble return on Sunday when a man appeared to reach out and smack Murray in the face with an open hand.

Video showed Murray appearing stunned, but not injured, then attempting to identify the alleged attacker in the mostly happy crowd.

Officer Larry Hadfield, a Las Vegas police spokesman, confirmed that a battery complaint was made about 6:30 p.m. at the stadium. The report was not immediately available.

Hadfield did not name Murray as the reporting person but confirmed the allegation was that “a spectator at the stadium struck a professional football player.”

Hadfield said a suspect was not immediately identified and an investigation was ongoing.

Murray had an outstanding game, leading the Cardinals (1-1) to two touchdowns and two 2-point conversions in the final 8:13 of regulation to force overtime.

The victory was Arizona’s first since Murray agreed to a $230.5 million, five-year contract extension. He was the No. 1 overall pick in the 2019 draft after winning the Heisman Trophy at Oklahoma in 2018. 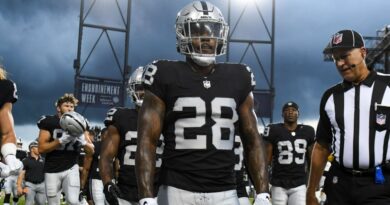 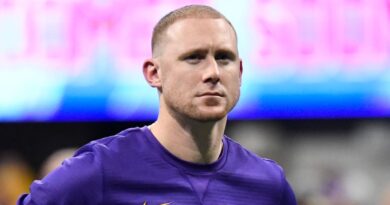