It’s another six-game Prime-time Parlay week, thanks to Sunday’s 9:30 a.m. ET London kickoff between the Eagles and Jaguars. Are more watching-and-wagering opportunities a shared desire of all Americans and Britons? We say definitely.

Once again, Prime-time Parlay is all about the best games: Thursday, Sunday and Monday’s prime-time games and the top 1 p.m. ET and 4 p.m. ET Sunday matchups. Straight-up picks, but you gotta hit all five (or in this case, six). Then we calculate how much you’d earn for the parlay, utilizing Westgate’s money lines.

Via ESPN’s Football Power Index, Prime-time Parlay tells you the analytics-based predictions for the meetings of greatest national import, offering the smart picks for the games you’ll be watching. (All NFL point spreads and money lines can be found here).

Mark it down now: J.J. Watt and Jadeveon Clowney are going to wreak havoc on the Dolphins, who rank 30th in the league in pass block win rate. Brock Osweiler better hang on to that football tight. — Seth Walder

FPI is more confident in the Eagles than Vegas. Though Philadelphia has been below average in efficiency on offense, the model still thinks that going forward — with Carson Wentz at the helm — it will be an above average group. — Seth Walder

The Broncos’ best hope to counter the Chiefs’ epic offense is probably Von Miller? Only problem: Miller posted a pass rush win rate of just 21 percent — below league average for a DE/OLB — the last time he had to go against Mitchell Schwartz. — Seth Walder

Don’t be distracted by the 3 in the win column for Green Bay. If not for two epic comebacks by Aaron Rodgers, this could actually be a one-win team. They deserve credit for those game-saving drives, but not too much credit. FPI keeps that thin margin of error in mind when judging Green Bay going forward. — Seth Walder

Eli Apple isn’t saving the Saints defense. In fact, FPI thinks the Saints have the worst defense in the NFL going forward. It’s be overlooked given the success the offense is having, but one of these days it will come back to haunt New Orleans. — Seth Walder

People are talking about the NFL’s offensive explosion and Bills fans are probably thinking, “huh?” Buffalo’s offense — under Josh Allen, Nathan Peterman or Derek Anderson, it doesn’t matter — is hard to watch. New England could score 14 in the first quarter and call it a day. — Seth Walder 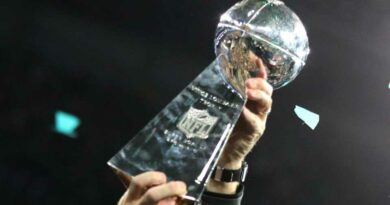 When is Super Bowl 56? Date, location, odds, halftime show for the 2022 Super Bowl