The NFL announced Thursday it has canceled the Week 17 game between the Bills and Bengals that was previously postponed following the tragic incident with Damar Hamlin on Monday night. As a result, the Bills and Bengals will finish the 2022 NFL regular season having played only 16 games, instead of the full 17. In an attempt to mitigate potential inequities, the NFL is holding a Special League Meeting on Friday where NFL clubs will consider one resolution consisting of two elements recommended by NFL Commissioner Roger Goodell that have been approved by the Competition Committee.

Here’s what you need to know about the proposals and the cancellation of the Bills-Bengals game:

What is the impact of the Bills-Bengals game being canceled?

According to NFL Research:

The AFC Championship Game could be played at a neutral site if:

Who is the AFC North champion?

According to NFL Research, with the cancellation of the Bengals-Bills game from Week 17, the Cincinnati Bengals (11-4) have won the AFC North because they will have a better winning percentage than the Baltimore Ravens (10-6) regardless of the outcome of Sunday’s game between the two division rivals.

In what scenario would the home team in a Bengals-Ravens playoff game be determined by a coin flip?

In this scenario, the Bengals, as the AFC North champions, would hold the No. 3 seed and would be scheduled to face the 6th-seeded Ravens during Super Wild Card Weekend. The Ravens will have beaten the Bengals twice, but will still have a lower winning percentage because the Bengals will have played 16 games while the Ravens have played 17. To try to solve for that inequity, a coin flip would determine which team has home-field advantage.

In the event the Ravens win the coin toss and host the Bengals, Cincinnati would still be the No. 3 seed and the Ravens the No. 6 seed.

The Ravens only end up as the No. 6 seed in this scenario if the Chargers (10-6) also beat the Broncos in Week 18 (the Chargers would be the No. 5 seed). A Ravens win and a Chargers loss would move Baltimore up to the No. 5 seed. 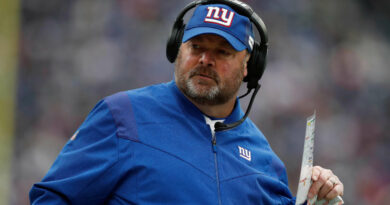 The Chargers are officially interested in signing Colin Kaepernick