Home » NFL » QB Rodgers: This way of winning not ‘sustainable’

GREEN BAY, Wis. — Aaron Rodgers didn’t figure he would play another terrible half on Sunday against the New England Patriots, and the Green Bay Packers quarterback was right.

And coach Matt LaFleur hopes he doesn’t make what he called “the worst decision of the day” again when it comes to an ill-advised replay challenge.

They got away with it — just barely — in Sunday’s 27-24 overtime win against the Patriots at Lambeau Field. But had they not been facing a third-string rookie quarterback in Bailey Zappe for most of the game, they might not have.

“This way of winning, I don’t think, is sustainable because it puts too much pressure on our defense,” Rodgers said. “And obviously I’ve got to play better and will play better.”

While fully appreciating that he’s fortunate for his team to be 3-1 heading into next Sunday’s game against the New York Giants in London, Rodgers did not shy away from the reality of what could have been.

“You can’t be 2-2 losing to a third-string quarterback and not playing great in all three phases, so we had to have this one,” Rodgers said. “That doesn’t take anything away from the joy of winning, but this was one we had to have.”

The Packers trailed 10-7 at halftime in part because of Rodgers, who:

Rodgers got next to nothing down the field in the first half. He completed just 1 of 5 first-half passes with 10 or more air yards in the first two quarters. It was a 24-yarder to Lazard (who had six catches for 116 yards for the first 100-yard receiving day by a Packers player this season). In the second half, he went 7-for-9 on such throws for 141 yards and two touchdowns.

“I settled in and usually don’t have two terrible halves,” Rodgers said. “So I kind of returned to the form I expect from myself, and we started moving the football.”

It helped that Rodgers finally started to stretch the field. He averaged a season-high 9.0 air yards per attempt on Sunday after averaging a league-low 5.2 air yards in the first three weeks, according to ESPN Stats & Information research.

It also helped that the Packers rushed for 199 yards (including 110 by Aaron Jones on 16 carries). But mistakes still made it necessary to go to overtime.

One was by LaFleur, who challenged what he thought was a 40-yard touchdown catch by Doubs with 2 minutes, 2 seconds left in regulation. Doubs clearly did not secure the catch, and LaFleur even said his eye-in-the-sky coach, Connor Lewis, told him as much. Yet he threw the red flag anyway. Losing the challenge cost him a timeout that might have helped the Packers win in regulation, but instead they got the ball back with only four seconds left.

“I’m not too proud of that moment,” LaFleur said. “That was an emotional decision, and I think it’s a great learning lesson that you can never make those emotional decisions in the heat of battle. You know better. You’ve got to survive the ground. Connor Lewis was in my ear, he’s up in the box and he’s in my ear, and he said, ‘I don’t think so.’ And he said that we shouldn’t challenge it. Just made an emotional decision and it was almost like throwing a Hail Mary. That could have came back and bit us in the butt.”

And then there’s the Packers’ defense, which was highly touted before the season. They nearly let a third-string quarterback beat them, and they’ve struggled against the run (the Patriots averaged 5.1 yards per attempt) so far.

While the way they’ve won might not be sustainable, that doesn’t mean they can’t keep winning.

“I think winning is sustainable, for sure,” Rodgers said. “I think we’re going to have to play a little bit better against starting quarterbacks and if our defense isn’t playing as well as they can.” 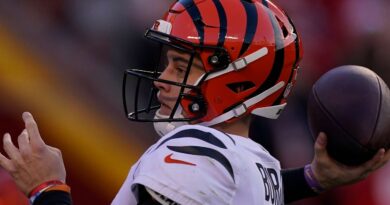 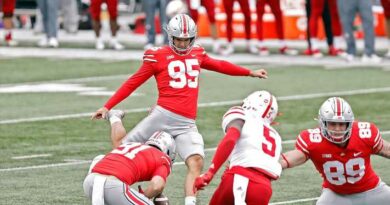